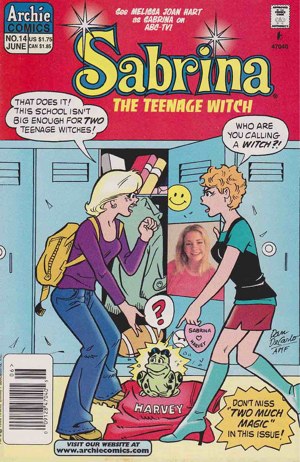 You may have heard the news that Sony plans a big-screen adaptation of Sabrina the Teenage Witch, the animated series that yielded the Melissa Joan Hart cult TV favorite from the '90s. This time, though? She's a superhero. "The live action film will be an origin story in the vein of Spider-Man, about a young girl coming to terms with her remarkable powers," writes Mike Fleming at Deadline. Of course. I guess it'll work, but I can think of at least 20 TV characters off the top of my head whom I'd sooner see grappling with hero issues: