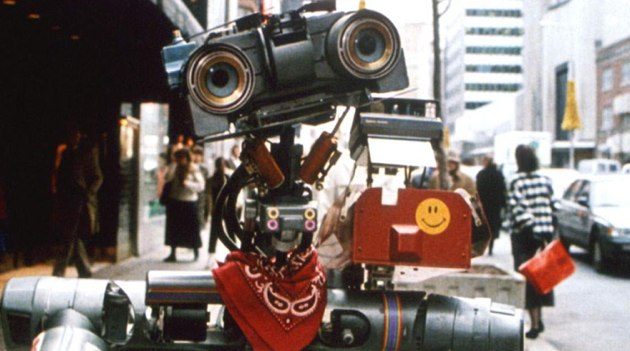 “'The thing that makes it so relevant is that we live in this age of robots, particularly when it comes to war,' [Tim] Hill, also a longtime writer on the television series SpongeBob SquarePants, told 24 Frames. 'We have drones that do our fighting for us, do all these jobs men and women don’t want to do. And that’s what makes this so interesting -- things like this moment in the story when Johnny realizes he’s going to be disassembled and contemplates death, and whether it’s right to terminate someone else.' He paused. 'These are heavy themes for a family movie,' he said, anticipating a reasonable reader's reaction. 'But I think they can have their place.'" Of course. [LAT]