Though the internet sensation "Texts from Hillary" Tumblr has officially come to an end (creators Stacy Lambe and Adam Smith are going out while they're on top of the meme world after receiving the ultimate submission from Hillary Clinton herself), they did get to meet the Secretary of State in the flesh when she invited them for a thank-you meeting. Between photo ops and LOLZ, Clinton let slip her favorite of the Texts from Hillary: the one with Ryan Gosling, of course. See how the Madame Secretary deals with the Baby Goose's "Hey girl" after the jump and commemorate the best political pop cultural meme of April 2012.

I mean, it's the best. The meeting of two memes! So long, Texts from Hillary. 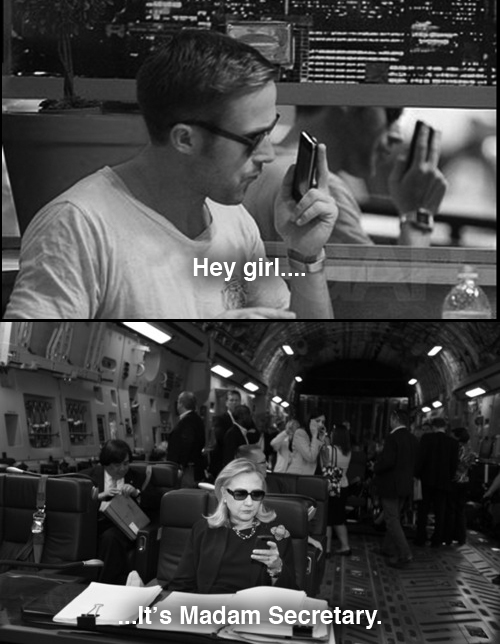