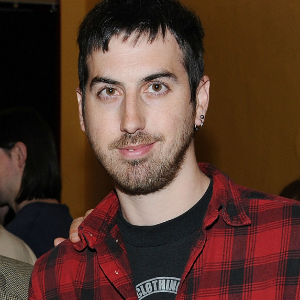 Continuing along the theme of projects that make you feel unsafe within the confines of your own house/cabin/local bed and breakfast, Innkeepers director Ti West has been tapped to script Bedbugs, adapted from Ben H. Winters' 2011 novel of the same name. The tale follows a woman who moves into the perfect Brooklyn brownstone with her family, only to be plagued by an infestation of bugs... that only seem to be biting her. Is your skin crawling yet?

West, who also has Liv Tyler signed for his next directing project The Side Effect, previously wrote and directed 2005's The Roost, 2007's Trigger Man, his 2009 breakout horror House of the Devil, the disavowed Cabin Fever 2, and his haunted hotel tale The Innkeepers, and contributed shorts to the forthcoming horror anthologies V/H/S and The ABCs of Death.

The psychological horror of Bedbugs, meanwhile, drew comparisons to Rosemary's Baby upon publishing last year. Take a look at the book trailer for Bedbugs for a general taste of the "urban paranoia" at hand. Though no director has yet been set for the film, you can at least count on West to pen better atmospherics than the infomercial-grade scares seen here.

The book's synopsis, via Amazon:

Susan and Alex Wendt have found their dream apartment.

Sure, the landlady is a little eccentric. And the elderly handyman drops some cryptic remarks about the basement. But the rent is so low, it’s too good to pass up.

Big mistake. Susan soon discovers that her new home is crawling with bedbugs . . . or is it? She awakens every morning with fresh bites, but neither Alex nor their daughter Emma has a single welt. An exterminator searches the property and turns up nothing. The landlady insists her building is clean. Susan fears she’s going mad—until a more sinister explanation presents itself: she may literally be confronting the bedbug problem from Hell.