Report: After Big Opening, Now We Might Get a PG-13 Bully 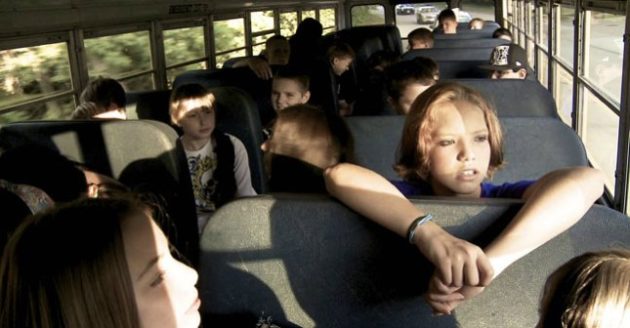 So did all that MPAA ratings nonsense and media outcry pay off for Bully? What do you think? Lee Hirsch's film achieved the year's best documentary opening to date with $115,000 on five screens in New York and Los Angeles — a $23,000-per-theater average that amounted to the best of the week by nearly $10,000 over The Hunger Games. But now that The Weinstein Company has to take its unrated baby out of the doc-friendly megamarkets and into the mainstream wilds, a new report suggests that Harvey Weinstein may be preparing to make the cuts required for a PG-13. Surprise!

The new cut of the teen-bullying film, which would minimize in some manner the profanities featured in a controversial schoolbus scene, would hit theaters April 13, when the movie widens to 25 markets, and allow children of any age to see it without adult accompaniment. The film, which centers on five families affected by teen bullying, plays in limited release in Los Angeles and New York this weekend.

The Weinstein Co. denied that changes were being made now but allowed for the possibility in the coming weeks. “At this time, there are no plans to change the film for a PG-13,” Stephen Bruno, the company’s head of marketing, told 24 Frames on Friday. “We are in constant conversation with the MPAA and hope a compromise can be reached.” The MPAA has been steadfast that the existing cut wll not be given anything lower than an R.

Hmm. Where have we seen this before? Oh, right. Also from the LAT:

“I did that on The King’s Speech, and Colin and Tom killed me for it,” Weinstein said, referring to a new PG-13 cut for the 2011 Oscar winner, and to star Colin Firth and director Tom Hooper’s criticism of the move.

That was another April gambit, for the record — after the R-rated Speech was already out of theaters with $134 million in its pocket. A little more than two months and $3 million later, kids didn't want to see that either.

Anyway, if you need any more evidence that all this "controversy" is just another hustle, then I can't help you.