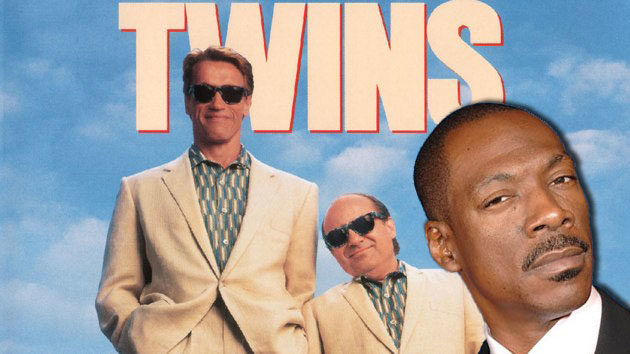 A Twins sequel? With ex-movie star Eddie Murphy? Haha, very funny. What, what: "Universal and Montecito Picture Co. are hoping to develop a doozy of a follow-up to the 1988 hit comedy that starred Arnold Schwarzenegger and Danny DeVito that would reunite the two stars. But wait, there’s a twist: In the new scenario, Eddie Murphy would act as a third brother. Titled Triplets, the story would see Schwarzenegger and DeVito as brothers Julius and Vincent, conceived experimentally, who discover they have third sibling." [THR]