'Kids Are Going to Come See This Film': A Chat With Bully Director Lee Hirsch 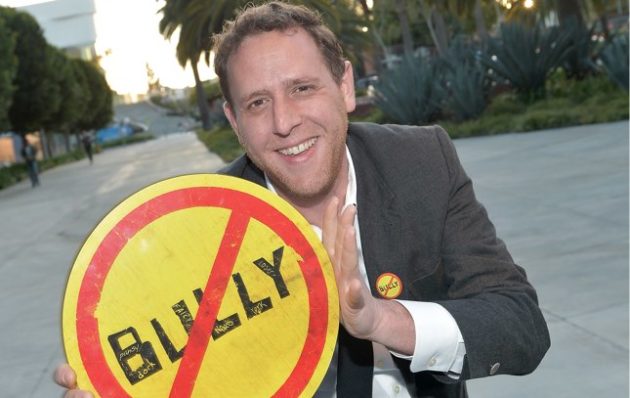 How do you come to the rescue of the millions of children who need someone — anyone — to do what they can’t: get their bullies off their backs? Director Lee Hirsch has sounded a call to action with his new documentary Bully, which exposes bullying from the front lines.

Opening today, the film follows several kids and families struggling to stop the taunting and violence. Hirsch captures the frustration and helplessness among not only the victims but also their parents, who have lost trust in our modern school system. There's Alex, 12, who seems convinced his bullies are his friends; Ja’Meya, 14, locked up after brandishing a gun on the bus where she faced her tormenters; and Kelby, 16, whose whole family retreated into isolation after she came out as a lesbian. Also profiled are the families of a teenager, Tyler, and an 11-year-old, Ty, whose bullying-related suicides devastated their communities and served as a wake-up call.

If the film is taken to heart, it should be among the catalysts for changing the “kids will be kids” mentality among some educators and other authority figures. On a micro level, parents who participated in the film are speaking out in their communities and persuading kids to protect one another. Hirsch is working on getting his movie into schools, where it can have more influence.

After a whiplash-inducing saga over its MPAA rating, initially an R for strong language, Bully will be released unrated in New York and Los Angeles before expanding to other cities on April 13. Hirsch spoke to Movieline about the movement that has grown out of his project, the newly famous Bully kids, and whether minors will go to the theater to see the film.

When were you made aware of the rampant bullying going on in schools these days, and what led to your decision to make a documentary about it?
The drive to make the documentary film is that I was bullied as a kid, so it’s very much a piece of my narrative. You know it’s bad, and I had talked about it over the years with people and sort of sensed that it’s a problem greater than my own. I didn’t really understand until we saw the extent to which people were affected by this, to the millionth. It’s funny you ask that because I feel like I dish out these statistics as if I’ve know them forever, but actually there was a process of discovering how big this really was. Then you start doing the math and thinking, if 13 million kids get bullied a year, and you start adding that up from generation to generation, there’s a lot of folks that have this narrative, that have a story, when it comes to bullying. So all those things came together when we started getting into it. Now it’s been three years that I’ve been working on this. It’s interesting you asked me that, I hadn’t thought about that.

Did you have any problem getting kids or parents to participate in the film?
No, not at all. We shot so many more stories than we were able to include in the final version of the film. We had people reaching out to us. We reached out to a lot of families. It was so different, because we filmed kids like Kelby, where they were outwardly looking for somebody to hear their story and share their outrage, and then Alex, who we very much stumbled upon while being allowed to film inside this school and see how adults and folks were handling certain situations. I wasn’t surprised by the willingness of people, because I remember that feeling of wishing someone would listen to me.

I thought it was really brave of Ty’s friend to admit that he’d been a bully at one time. I wondered if you considered putting more kids in the film who shared that side of the story.
I had. I think ultimately the narrative of this film is it tells the story of families that are on the victim side, and so you just settle into a world where you’re seeing what they see, as they see it and they deal with it. Ultimately it became less about, “what are the arguments on this side and that side, and what’s this position and that position,” or a full, drawn-out exploration of the psychology of bullying, but rather it became about telling five stories. We didn’t even know how many stories we were going to tell as we shot it. We were just looking to tell stories that allowed you to walk in the shoes of the kids and families who were dealing with this.

Now that the Weinstein Company is releasing the film unrated, how do you imagine kids seeing the movie? Do you think they’ll be going to the theater or seeing it in school?
We still have school districts reaching out to us every day. We’re in discussions for how to facilitate that. We have a goal of a million kids seeing the film. On their own and with groups. Within their schools and with organizations. Engaging on our website, bullyproject.com, and participating in the movement. We want to have real engagement. That’s the goal now. I think we want to be able to support viewers after they see the film with how they can be involved, how to make a difference. How to do anything from stand up and how to make that meaningful and supportive, to how parents navigate the school system when they’re advocating on behalf of their kids.

I think that’s a long-winded answer to say that yes, I really do think that kids are going to come see this film. I think we owe a lot of that to Katy Butler for inspiring hundreds of thousands of teens to sign this petition, and it’s also thanks to so many of the celebrities who have spoken out for the film. It’s exciting. You’re talking to me the day before it opens. I can’t wait to see what happens.

Have you seen any positive changes in schools since you started the project?
In Alex’s school?

In any school, or in any aspect of it, actually. Have you seen anything positive happen as a result of just making the film and building the website?
I feel like, how do you measure half a million signatures and people sharing their stories? I think that’s impact. How do you measure the thousands of people that have written on our wall? People are supporting each other and writing to each other and building a community that feels like it’s turning into a movement. I feel that the film has already had impact in ways that I couldn’t have dreamed. I think that already the conversations are rich and deep that people are having about bullying at their schools, about what the climate and culture are like in their community. I think that those conversations are happening, and that’s change, that’s transformation. It’s very exciting.

Do you have any plans to do follow-ups with the kids from your film?
I don’t have time to do a follow-up film of any kind, but I am in touch with all of the families on a regular basis. Certainly Alex and his family, in particular, and we see them all the time, with Kelby and her family. They come to screenings. They’re doing press. Alex went and argued before the MPAA with Harvey Weinstein. These families are like my second family now. They mean the world to me, and it’s been awesome to get to spend a year with them. Other people are putting cameras in front of them, but it’s not me.

I wonder if years down the road we’ll hear from them. I think there would always be an interest in hearing how they’re doing.
The families are going to have to make a decision about whether they want this press to continue. For them, boy, this was unexpected, right? I had a sense that maybe we would do some press. It’s been extraordinary for me. I couldn’t have seen this, but for them, it’s been a confusing and extraordinary ride. We just give them as much support as we humanly can. I’ll always be in their lives, and I feel that in my film work I always develop strong bonds with the people that end up in my films, my subjects. It always matters that they see the film and that they’re part of the process and that that relationship stays strong.

That comes through in the film.
I’m so proud of them — in particular, because I see them so often, Kelby and Alex — because they’ve become advocates. People are writing me and saying, “Can you please send this to Alex? He’s my hero.” It’s incredible. It’s harder for the families that have lost kids. That’s … I … I think about them a lot because they have suffered such an ultimate loss.

And they’ve embarked on a new path of advocating for kids and inspiring kids.
They’ve been incredible advocates. I’ve seen that a lot with families of kids who have committed suicide that’s been linked to bullying. Can you imagine that sense of injustice that they feel?

No.
No, you can’t. I can’t either. They’re so engaged, and they’re such powerful advocates. I see many of these families doing such powerful work out in the world.