Rise of the Guardians Trailer: Santa's Putting a Team Together 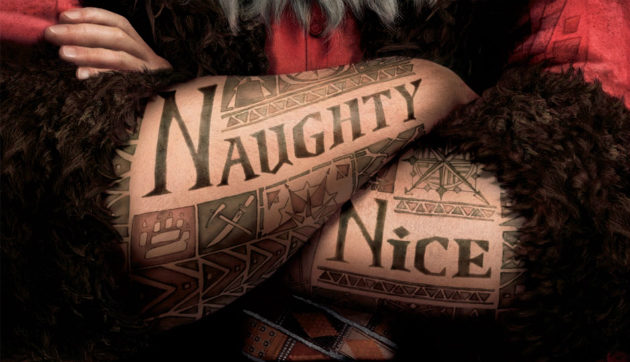 First things first: Rise of the Guardians is an animated adventure, but it's not a sequel to that owl movie. I know, it's very confusing. What's more, it's about Santa Claus — a brawny, tatted-up Santa who pulls a Sam Jackson and assembles a superteam to fight evil and protect the children of the world. The other fantasy heroes called to duty? The Tooth Fairy, the Easter Bunny, and the Sandman. It's pretty much The Avengers for kids, only I'm willing to bet it'll have a better soundtrack. Hey-oh!

Here's another difference that sets Rise of the Guardians apart from most animated adventures and superhero flicks: It's scripted by Pulitzer Prize-winning playwright David Lindsay-Abaire (Rabbit Hole). How many kids pics can make that claim?

Watch the trailer in HD over at Apple.

So, we've got Hugh Jackman as the Easter Bunny, Isla Fisher as the Tooth Fairy, and I'm assuming Chris Pine provides the voice of the Sandman, though IMdb lists him as Jack Frost. That said, there's no sight of Jack Frost herein to be seen, but the Sandman gets a ton of face time, so...? Besides, this magical golden-haired little man totally looks like Pine. And of course, leading the team is the voice of Alec Baldwin as Santa. He's doing his best Gerard Butler here, and the result is just odd-enough to the ear to suggest that Santa isn't quite from anywhere from 'round these parts. The North Pole by way of Scotland, perhaps?

Anyway, the CG animation is pretty and all (DreamWorks alumnus Peter Ramsey co-directs with writer William Joyce, adapting Joyce's own forthcoming books; Guillermo del Toro is executive producer) but there's not really anything here that hooks me. Even Jude Law's evil villain Pitch, the Nightmare King, is kind of vague and yawnworthy in his evilness. Rise of the Guardians hits theaters Nov. 21, just in time to rake in that family holiday-moviegoing booty.

The official synopsis goes a little something like this:

[Rise of the Guardians] stars Chris Pine, Alec Baldwin, Hugh Jackman, Isla Fisher and Jude Law. More than a collection of the well-known childhood legends, Rise of the Guardians is an epic adventure that tells the story of a group of heroes – each with extraordinary abilities. When an evil spirit known as Pitch lays down the gauntlet to take over the world, the immortal Guardians must join forces for the first time to protect the hopes, beliefs and imagination of children all over the world.

Verdict: Too nice, and not naughty (or interesting) enough. Yet.