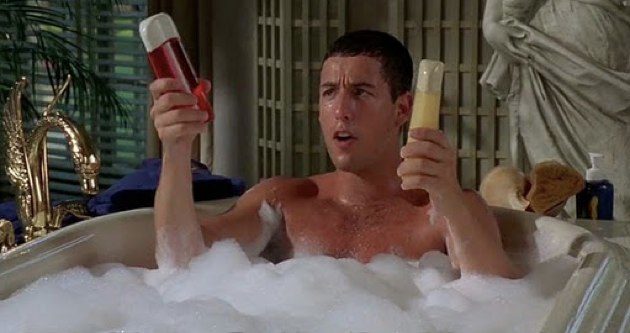 "Going into a conversation where you’re defending Adam Sandler is normally not going to work in your favor. I learned this six years ago when I was doing my shift hanging out with Holocaust survivors, and one of the old guys actually turned to me and said, 'This is the worst thing I've ever seen,” and this was coming from a man who was in Auschwitz. There was no way I was going to try to defend the merits of Sandler talking gibberish to a room full of men who lived through one of the darkest periods in all of humanity. If he thought Sandler making a bottle of shampoo battle a bottle of conditioner was bad, then I had to agree." [Splitsider]