Can you guess the most-rented DVD of 2011? Hint: It wasn't the most-bought DVD of 2011, but you probably already knew that. Another hint: Despite all odds, it doesn't star Danny Trejo. Give up? Don't we all! 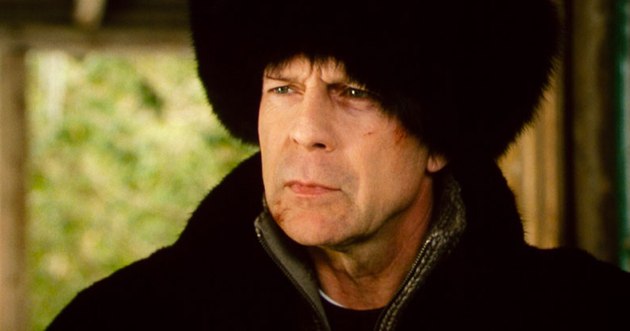 The Bruce Willis action-comedy Red was the most rented DVD of 2011 but wasn't even close to the top of the sales charts. [...]

The most rented movies are a mix of films that largely enjoyed solid but not spectacular runs at the box office. They seemed to leave theaters with good word-of-mouth, leading people to sample the films via rental. [...] Among the most bought DVDs, meanwhile, are many of the top-grossing hits of last year. Animated films sold particularly well. Since children often watch their favorite animated movies multiple times, making a purchase was more economical than rental. No. 1 on the list was Harry Potter and the Deathly Hallows: Part 1, while other big sellers included Deathly Hallows: Part 2, Tangled, Transformers: Dark of the Moon and The Help.

The only film to make both Top 10 lists: breakout comedy Bridesmaids.

So if there's any doubt that the bulk of midgrade theatrical releases are just commercials for DVDs that studios don't really want you to rent anyway, and/or that better blockbusters have the potential to influence stronger DVD sales, let it be put to rest.