On The Music, Martial Art -- and Muslim Hero -- of Silat Actioner The Raid: Redemption 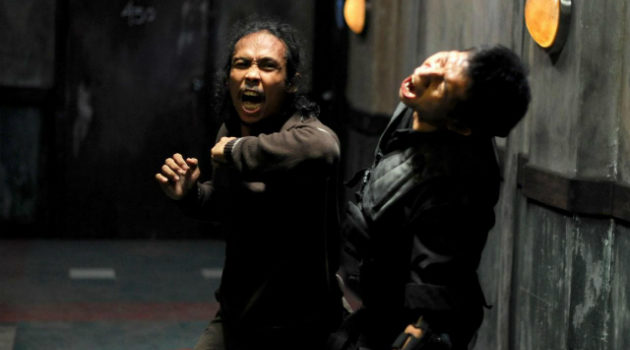 As a member of the Jakarta police force, Rama (Iko Uwais) is one of dozens of SWAT agents about to be trapped within the concrete walls of a tenement building run by a nefarious slumlord, set upon by machete-wielding thugs and forced to fight his way out using knives, broken doorways, and at times, only his bare hands. The fighting style he uses to do so, leaving a trail of broken baddies in his wake, is silat -- a lightning-fast, bone-crunching Southeast Asian martial art that gets its best showcase in Gareth Evans’ festival sensation The Raid: Redemption.

Welsh-born writer-director Evans didn’t necessarily set out to become the world’s pre-eminent silat action filmmaker, but with his 2009 feature Merantau and now The Raid he’s created a niche for himself while introducing the Western world to the rarely-seen discipline. His fascination with the form began when he was hired to film a documentary about silat, which introduced him to future collaborator, pencak silat practitioner, and Raid star Uwais.

“As a kid I had watched kung fu movies and muy thai movies and karate movies, but I’d never seen silat before,” Evans told Movieline last week at SXSW, where The Raid screened ahead of its March 23 release. “When I finally got to see silat it knocked me on my ass, and I wanted my friends back home to be able to see it. I was hungry to be able to have a movie that I could take back to the U.K. -- Friday night, a couple of beers, ‘Guys, you’ve got to see silat, it looks so fucking cool!’”

The Raid isn’t the first silat action film, but few predecessors found an audience on par with the classic Hong Kong action films or mainstream martial arts hits. “There were films with silat made in the ‘70s and ‘80s in Indonesia but the choreography didn’t hold up in the same way that the choreography in Hong Kong has held up,” Evans explained. “You can’t compare those films to something like Drunken Master because they’re just so different in terms of style. And they added a lot of mysticism and were great as cult movies, but beyond that, not really. So I figured if I wanted to show them silat, I’d better go out and make a film.” 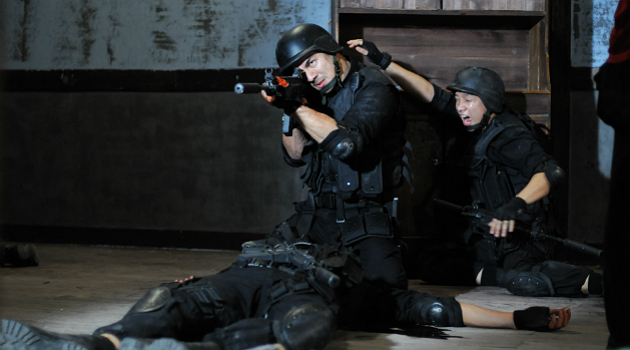 With an unrelenting pace and inventive, dynamic fight scenes, The Raid is a near-constant assault on the senses that showcases the physical skills of stars and choreographers Uwais and Yayan Ruhian, not to mention Doni Alamsyah, former judo champ Joe Taslim, and what seems like hundreds of well-trained extras. After the film debuted at the Toronto Film Festival to uproarious acclaim, Sony Pictures Classics picked it up for distribution and two new, unconventional composers were brought onboard to give it a different feel: Linkin Park’s Mike Shinoda and TRON: Legacy orchestrator Joe Trapanese. (Screen Gems is developing an American remake with Evans executive producing; more on that here.)

Evans screened the film for Shinoda and Trapanese and gave them carte blanche to create their accompanying electronic score, which they developed after settling on a few parameters – for example, no electric guitars. After watching the film, Shinoda went on tour to Asia and Trapanese headed to New York, both working from memory to create sounds that fit the version of the film and its highlights that they had in their heads.

“I was working on my laptop in hotel rooms, in the car, on the plane,” Shinoda said. “I would throw these demos together, these ideas and sketches. Like, in my head I’m thinking, ‘There’s that one scene where the guys are doing this and this and this, and this is the kind of thing I remember it being like.’ Then other times it would be like, what kind of emotion don’t I have yet? What kind of theme is missing? When we came back we started laying all those things against picture and found that a good chunk of the stuff really worked.”

Shinoda, who wanted to approach his work on The Raid as a score rather than a collection of songs layered over the film, contrasted writing with Trapanese to the creative process with Linkin Park. “I found it to actually be in many ways easier than writing stuff for a Linkin Park album because we tear our hair out,” he said. “When we’re writing a song for a Linkin Park album it can be very tedious, it takes a long, long time to get from a blank page to the final product, and in this case I’m working with a vision that is already realized. This is awesome -- all I have to do is make sure I’m supporting in the best way.”