Finally, The Muppets Get a Star on the Hollywood Walk of Fame 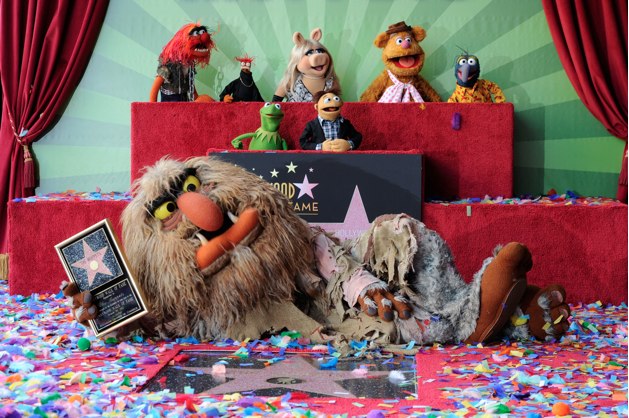 Or the, uh, "Wocka Wocka" fame: "Several Muppets were on hand to receive the star including Kermit the Frog, Miss Piggy, Fozzie, Gonzo, Animal, Pepe, Sweetums, and Walter, the newest Muppet, who made his debut in Disney's 2011 film," reports a press release just over the transom at ML HQ. "The Muppets' star is the 2,466th star on the Hollywood Walk of Fame and is located in front of the historic El Capitan Theatre." Nice real estate! And nice timing — The Muppets is out on DVD and Blu-ray today. The honor comes 57 years after Kermit's first TV appearance. No rush! And congrats to all.