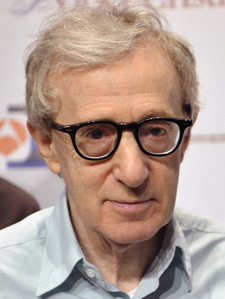 Because the only thing audiences want to see more than Woody Allen acting in someone else's movie is Woody Allen whoring John Turturro out to rich women, we will soon have a film entitled Fading Gigolo (which still sounds better than Nero Fiddled). Turturro will write and direct the buddy comedy, "which finds Turturro and Allen playing cash-strapped best friends who decide to go into the gigolo business together and subsequently attract the suspicion of the Hasidic Jewish community in which they live. Duo take on the pseudonyms Virgil and Bongo, with Allen pimping out Turturro's character until he falls for a Jewish widow, who has not yet been cast." [Variety]