As Predicted, Sony Classics Gets Smashed 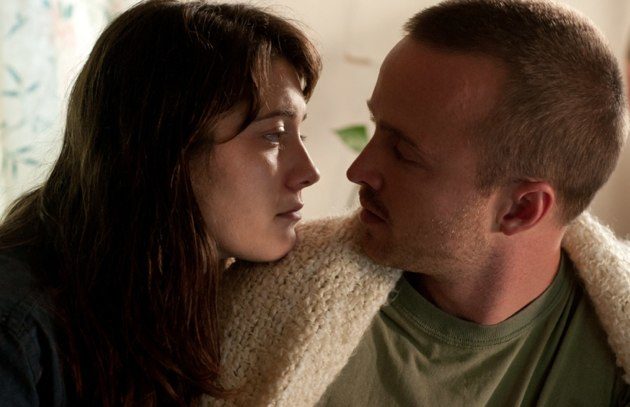 I wouldn't brag were it not Monday morning and it's the only thing keeping me from walking in front of a bus, so: The final piece of Movieline's Sundance 2012 Bidding-War puzzle has fallen into place, with director James Ponsoldt's boozehound relationship drama Smashed going to the estimable Sony Pictures Classics. Five-for-five! High five?

Smashed is the last of the year's projected Sundance darlings to officially find a distribution deal, with The Surrogate, Bachelorette, Arbitrage and Red Lights all spoken for in the month-plus since the festival came and went. Moreover, its showcase for Mary Elizabeth Winstead as a young teacher battling the vicissitudes of alcoholism may yet prove to fall in line with SPC's recent underdog awards tradition — the one that found Melissa Leo (Frozen River) and Jacki Weaver (Animal Kingdom) coming out of late-summer platform releases to compete with the mainstream favorites at the Oscars. (A press release sent to Movieline HQ did not specify a release date.) "The role [...] asks Winstead to run the full gamut, from game good-time girl and stimulating teacher to shell-shocked morning-after casualty and adamant survivor," wrote Hollywood Reporter critic Todd McCarthy from Park City. "She’s terrific at it all, far surpassing the promise she indicated in Death Proof and Scott Pilgrim Vs. the World." Probably not coincidentally, recently crowned Oscar-winner Octavia Spencer and Breaking Bad Emmy-winner Aaron Paul co-star. Everybody in the awards pool, etc.

Or not, just throwing that out there. Either way, congrats to Team Smashed! Morning hours notwithstanding, surely this calls for a drink? Whatever, I'm having one anyway.