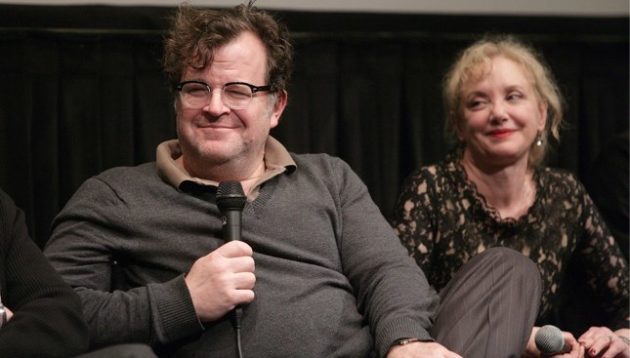 It only took about 20 years from conception to writing to development to shooting to the most notoriously protracted post-production saga in recent memory, but Kenneth Lonergan's embattled epic Margaret finally had the festival premiere it deserved Saturday night in Manhattan.

In its own way, even that event was chronologically vexed. The special screening — part of the Film Society of Lincoln Center's annual Film Comment Selects series — came a few months after distributor Fox Searchlight gave the tale of an Upper West Side teenager transformed by her role in a fatal bus accident the most cursory release possible: One week in Los Angeles and New York, then out of theaters entirely before a critical groundswell rallied on its behalf in the heart of awards season. The campaign yielded the occasional fruit — Best Actress consideration for leading lady Anna Paquin here, Best Supporting Actress consideration for Jeannie Berlin there — but more than anything, it spotlighted Margaret's breathtaking range of fascinations and flaws, a spectrum stretched over the film's contractually mandated 150-minute running time (pared down from a rumored maximum of four hours) and a six-year behind-the-scenes drama that was once said to involve as many lawyers as it had editors.

On Saturday, though, Lonergan — accompanied onstage afterward by lead editor Anne McCabe and every available cast member including Jean Reno, J. Smith-Cameron (pictured above with Lonergan) and Lonergan's best friend (and eventual post-production patron) Mathew Broderick — had no intention of dwelling on Margaret's tortured route to the screen. Not that Film Comment editor Gavin Smith didn't give the writer-director his best shot, asking Lonergan to recount Margaret's evolution from a 167-page script to the film we saw Saturday night. "I know that's a long story," Smith said, "but I think there's a chance for you to correct some misinformation about the project."

"Well, I don't really want to correct any misinformation about the project," Lonergan replied, his voice pitched barely above a mumble. "Maybe you could narrow it down a little bit, because from writing the script to casting it to shooting it to editing it, there are so many steps involved. Is there any particular element?"

"Well," Smith said, "at a certain point in the process — and maybe this is a question for Anne, your editor — you arrived at a cut that was considerably longer than the cut that other parties involved with the project wanted it to be."

"No, uh…" Lonergan began. "Actually, the fact is we had a lot of cuts of the film. We did a lot of screenings. This is the cut that we ended up with and that we got released. I'm very pleased with this cut. It's part of any normal process to go through a series of cuts, and you try to make it shorter or you try to make it longer or you try to emphasize this or that element of the process. And a lot's been written about it — none of it accurate — and I don't want to deflect the question too much, but I'm frankly more interested in talking about the actual content of the film and the script and all that. I think that it's just more in the nature of movies. It's like writing a script: You have a lot of different versions and you settle on [one]. Rembrandt said [when asked], 'How do you know a painting's finished?' 'It's when you can't think of the last brushstroke,' he said. In this case, the version that got released is the version that got completed in… I think 2008? And I think it's wonderful. I'm very proud of it. I think Anne is, too, as far as I know."

"Definitely," McCabe said from the far end of the stage.

"I don't think she's ashamed of it. So I think I…" Lonergan paused. "I'm much happier talking about the film itself, or the script or the actors or the process of shooting or anything, anything, anything but that, for God's sake. The rest of it is so boring, and it's all wrong anyway. I don't even know what happened. But I'm very glad it's here now, and I'm very, very proud of it." 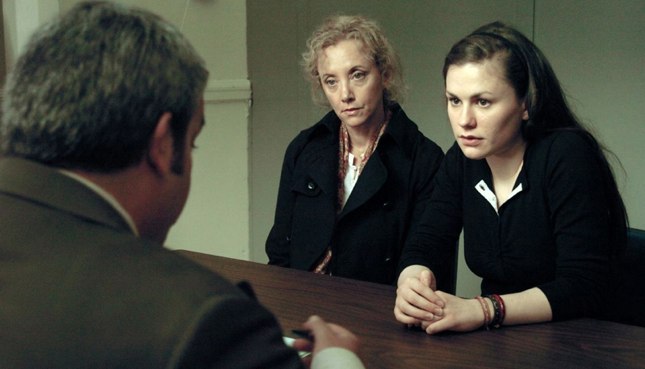 Anyway, Margaret's drawn-out post-production has nothing on a gestation period that commenced decades ago — in 11th or 12th grade, to hear Lonergan tell it, when a classmate of his confided having witnessed an accident much like the one that sets off the film's cataclysm of guilt, shame, shattered innocence and debilitating self-absorption.

"It always stayed with me, and I always wanted to write about it," Lonergan said. "It always cropped up in various things that I was writing over the years, and I finally had the idea for the whole film sometime around 1990… in the early '90s. But I had other things lined up first to write, and I probably ended up writing it around 2000. It was just the idea of something that big happening to someone that young. The idea of having to deal with something that adult struck me as being a very compelling and interesting idea that stayed with me for… Well, I don't want to tell you exactly how old I am, but then I was in high school and now I'm 49."

Other youthful, semi-autobiographical callouts crept out of that foundation as well. One of Margaret's more contextually confounding scenes involves a classroom debate over the implications of a passage in King Lear; playing one of the main character's teachers, Broderick drew on his and Lonergan's NYC high-school days in squaring off with not Paquin, but rather with her young castmate Jake O'Connor. The fierce sparring culminates in (spoiler alert?) the consumption of orange juice and a sandwich — just one of Margaret's many tongue-in-cheek digressions borrowed from memory.

Asked by O'Connor himself about the scene, Broderick demurred. "I don't really have any thoughts," he said. "I just say the thoughts that Kenny wrote. I think its pretty clear, that scene. It's funny to me that people take your side. It's also interesting because that really happened. Kenny and I both sat there while pretty much precisely that argument happened."

"That's true," Lonergan said. "That actually happened. That's as best as I can remember the actual conversation. I'm pretty sure it's pretty close."

"Even the sandwich?" Smith-Cameron asked.

"There was a teacher we had — whom this was very loosely based on — who was hypoglycemic," Broderick explained. "And he had a bad temper, sort of, and every now and then he'd be mad at somebody, and he'd take a sip of juice and have a bite of a sandwich."

"It was not in the script," Lonergan said. "Matthew remembered that, and he brought orange juice and a sandwich for the scene. I had not remembered that. Yeah, we went to high school together. That scene on the rock where they're smoking pot? Those two little girls are also Matthew and I."

The audience cracked up. "We didn't intend to change the world," Broderick said, "We just wanted to smoke pot."

The overall high spirits in the theater belied the reason many of its standing-room only crowd members attended: to hear Lonergan's definitive take on how and why Margaret became the "film maudit" cited in the Film Comment Selects program guide. His reluctance to contribute to its mythology feels like his most telling directorial stroke; in a film as sporadically brilliant as it is rife with showy, uneven performances and blunt-force moral grandstanding, the only thing left for Lonergan to control is the texture of its history. We may never know how he and his collaborators settled on the Margaret we've gotten to know in recent months, which is exactly how Lonergan must have it for any chance to preserve its soul.

Nevertheless, a telling insight into that soul came at the end of Saturday's discussion as Lonergan elaborated on his depiction of New York City itself — long, panoramic views of Midtown Manhattan and the Upper West Side, headlights in its veins, the heavens thrumming with the skyscraper buzz of private lives and random aircraft watching over it all. The best, the worst, the unknown happens unceasingly all around us. Margaret deals with one young woman's enlightenment — and resistance — to that physical reality, perhaps reflecting Lonergan's own confrontation with creative compromise.

"At the time I think it was always in the back of my mind about 9/11," Lonergan said. "It was shot much closer to 9/11; in 2002, 2003, 2004, even 2005, you may remember, it was very hard to see an airplane go by and just look at it without getting a little nervous or without it having an extra reverberation. That's faded now, I'd say. So that's why we shot a lot of footage of airplanes. But the reason we shot so much footage of the city itself was because I just wanted her to be one [person]. That's what she's up against. It's not evil, but just everybody else having their own lives. That is the inertia — the tremendous inertia — that she is unable to move in the direction that she feels is right."

Whether or not Margaret itself ever fully succeeded in moving in that direction for its filmmaker and its principals may never be known. But judging by the reaction of Lonergan's audience on Saturday night — and the expansion of his audience as Margaret finds champions in film culture and beyond — the institutional inertia from whence Margaret came may yet succumb to a wave of curiosity and passion not unlike that of its creator. The kind that, paradoxically, we never see coming until the lights go down.