Happy Oscar week! Time for another one of Movieline's virtual awards roundtables, this time featuring nominated filmmakers behind this year's contenders for Best Foreign-Language Feature. Meet our distinguished panel:

(Asghar Farhadi, director of A Separation [Iran] was unavailable to participate.)

Congrats to them! But now we have some questions. Take a moment to get to know them, their stories, their takes on the race, and, of course, their respective Oscar-night dates.

In a very short time, your film will be competing for an Academy Award. How are you feeling about the big day?

CEDAR: It is more like a big week, or big weekend, full of events and interesting interactions, than just that one day of the Oscar ceremony. For four of the five foreign-film nominees, the actual Oscar ceremony will probably turn out to be anticlimactic.

FALARDEAU: You grow up watching the Oscars like anybody else. It is something fascinating, intriguing, but you feel it doesn’t concern you personally. You watch it as a form of entertainment. As a teenager, I remember being angry at the Oscars for always choosing dramas for best films, Chariots of Fire winning instead of Raiders of the Lost Ark, for example (lol). That was many years before I knew I would be making films. But even two years ago when I started Monsieur Lazhar, the Oscar remained something very distant. I saw little connection between what I did and the Academy Awards. So how do I feel about the big day? It’s still surreal for me to be California-bound, but I find myself enjoying every moment, and I’m proud of what we’ve accomplished. I met Norman Jewison recently, and he told me: “No matter what happens, you have an Oscar nomination, and you will have it for the rest of your life. Nobody can take that away.”

HOLLAND: It will be third time for me, so I know what it looks like. First time I am representing my country, Poland, so the pressure is bigger than in the case when it's just about myself. It's great to win, but it is only the game. Being nominated is already good achievement ... and I expect the show to be good!

ROSKAM: Looking forward to be at the greatest celebration of cinema in the world. It's an amazing feeling, and whatever happens, we're gonna enjoy it. After all you can only "win" the Oscar, you can't lose it. 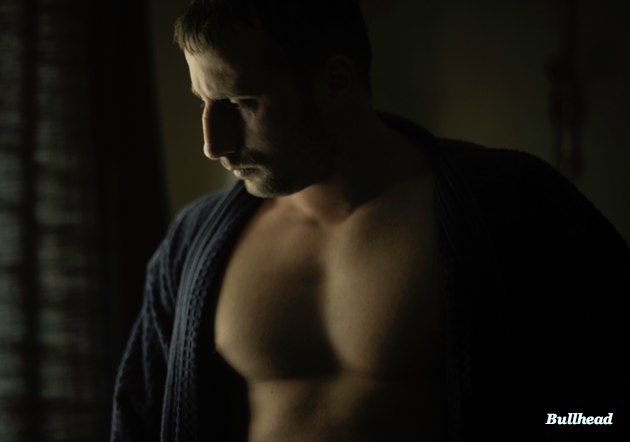 What has been the reaction to your film's global success in its home country, and what honors have you received at home?

CEDAR: It seems like the Oscar race is getting a lot of attention at home, and people are rooting for us. At least that is what my mother is telling me, as I've been out of the country in the last few weeks. It is always good to get updates through my mother's filter because she doesn't hear any of the negative stuff.

FALARDEAU: People back home seem less surprised than I am regarding the success of my film. But they celebrate it and embrace it as their own success, as they should, I think. The biggest honor I could receive was to see the film perform well at the box office, even though I did not craft it with a commercial recipe. We won Best Canadian Feature at the Toronto International Film Festival and at the Toronto Film Critics Award gala. The film is nominated for several Genies (Canadian film awards) and Jutras (Quebec films award). It also won the audience award at the Whistler Film Festival.

HOLLAND: I am thrilled that In Darkness has such an incredible success with both the critics and audience in Poland. The subject of the film is quite difficult, and we didn't expect that so many people would wish to spend 2.5 hours in the wartime sewers. And people are moved, impressed, they are talking about the movie a long time after seeing it. It is a real experience for the audience and it means to me -- especially with this subject -- more than any Oscar. For this movie we have 10 nominations for Polish Eagles (the awards of Polish Film Academy). The ceremony is on March 5.

ROSKAM: Well, we did extremely well already before the nomination. We had a major box office, reviews were wonderful, opened at the Berlinale, and a then we got this! So now my country is going crazy. They are really proud and giving a lot of support. 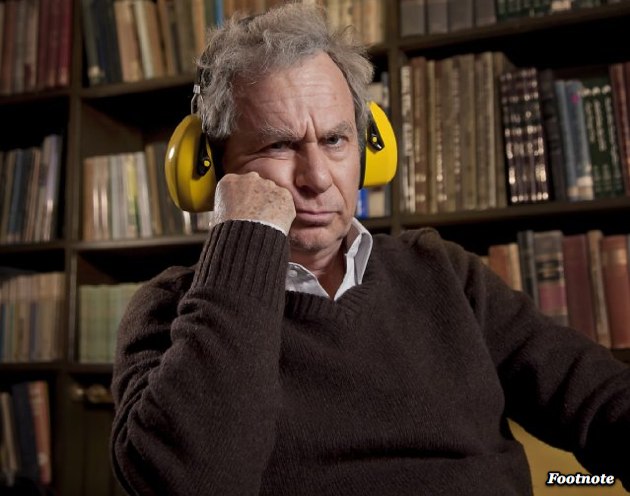 How have you personally lobbied to find a wider audience for this film?

CEDAR: Over the past nine months, since Cannes, I think I have spoken with over 1,000 journalists.

FALARDEAU: I’ve made myself available for interviews and Q&As anytime, anywhere. Strangely, I feel Monsieur Lazhar is perhaps my first film that doesn’t need me so much to promote it. It has a life of its own and can take care of itself.

HOLLAND: I did a lot of press, other medias, traveled to the festivals and screenings, a lot of Q&As. I was writing to the friends over the world to ask them to support the movie. My collaborators were also using the Internet to promote [and] spread the word.

ROSKAM: No, I just thought that if the movie would do what it has to do it will find its audience. Of course, we had a wonderful team from Drafthouse Cinemas bringing the movie to everyone’s attention, both press and audience. They did a great job. 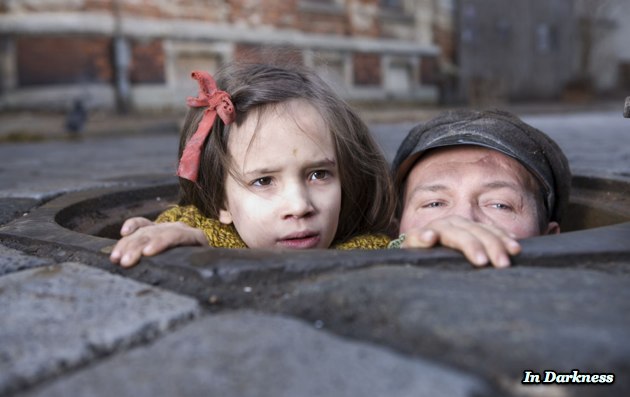 Do you see your current film as a universal story or a more personal one?

CEDAR: Ultimately it has to be both, and any film that manages to cross its local borders and reach audiences in other countries must have some universal themes. However, as far as my own intentions go in making the film and thinking about the characters in the story, it is extremely personal.

FALARDEAU: I knew it was a universal story because of the immigration issue and because it takes place in a classroom. It is difficult to find a more universal setting except perhaps the family. We’ve all been to elementary school (at least a couple of years!) and we all have recollections of that time, no matter how old we are.

HOLLAND: It is both. I am personally very interested in those events. All family of my father perished in Warsaw ghetto, and I felt always the shadow of the Holocaust over my life and was sensitive to the questions those events are asking us. But in my opinion it is not only a Holocaust story, it is more universal, the story of human choices, the quest about the line between good and bad, a story about the strength of vitality, life, survival, etc.

ROSKAM: Universal and personal are going hand in hand. Make it personal, it becomes universal. 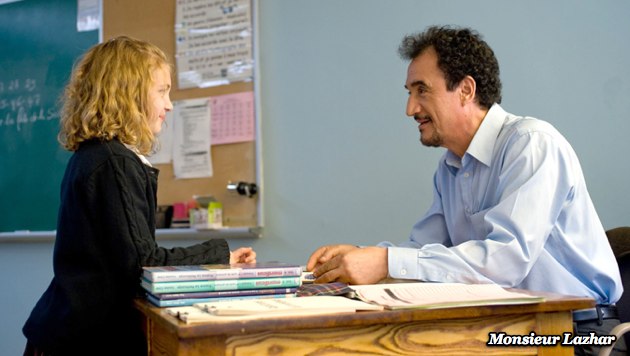 Last year was marked by uprisings happening all over the globe. Do you think the Academy will embrace the films that have been made as a result?

CEDAR: My impression is that the American Academy responds to the filmmaking and the quality of the films without the context of where the film is made or any other political consideration. It is just the artistic taste of those members who vote in this category. At least that is how I hope it works.

FALARDEAU: I think the Academy has already shown in the past that it embraces films that deal with political and social issues, so I see no reason for that to change. But it has often been confined to the foreign film and documentary categories. I think these subjects should also be present in the main categories, and not just from an American perspective.

HOLLAND: If they are good ... Certainly, in the documentary films the reflection of the actual events and problems is especially welcome.

ROSKAM: I don't know, honestly. Art is always political, in a way. So whatever happens, it will be political, for the better or the worse. 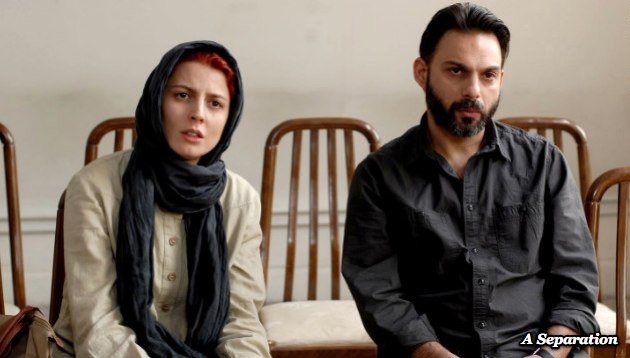 Who is accompanying you to the ceremony?

CEDAR: We were given six tickets that are divided between my two leading actors, my producers and myself.

FALARDEAU: My two producers, Luc Dery and Kim McCraw, will be there (who, by the way, were also there last year with Incendies) and my girlfriend, Félize Frappier, who is also a producer in life (but not on my film). Evelyne de la Chenelière, the playwright whose play I have adapted, is coming as well.

HOLLAND: My daughter and her partner. They both happen also to be my close collaborators on this film. One was directing extended second unit; other was my first AD. But other people from the movie will be with us. The survivor Kristina Chigier, one of the real characters from the story. The screenwriter David Shamoon. And Polish producer Juliusz Machulski. And our main actor, a fantastic one, Robert Wieckiewicz.

ROSKAM: We had [campaign guru] Tatiana Detlofson, who did the perfect job for us.

How are you following this film? What is your next project?

CEDAR: I'm working very hard on making something drastically different from my previous film, something that will surprise me and hopefully the audience, but it is not at a stage that I can describe it here.

HOLLAND: I am just starting a three-part miniseries for Czech HBO about the political situation in Czechoslovakia after the crashing of Prague Spring by Soviet tanks. I was a film student there in this time, so it is also very personal to me.

ROSKAM: My next project will be one of many that are waiting right now. Hard to tell.