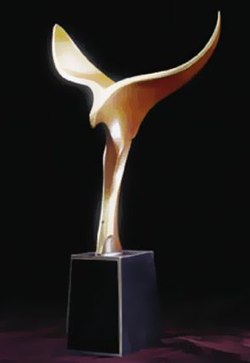 The Writers Guild of America gave out its annual awards on Sunday night, bestowing its hardware to the year's most accomplished film and television scribes... whose work was developed and produced under WGA rules and conditions, which disqualified Artist writer-director (and Oscar frontrunner) Michel Hazanavicius among a few others, but whatever. Congrats to all!

Adapted Screenplay: The Descendants, Screenplay by Alexander Payne and Nat Faxon & Jim Rash; Based on the novel by Kaui Hart Hemmings; Fox Searchlight

Paul Selvin Award (Presented to that member whose script best embodies the spirit of the constitutional and civil rights and liberties which are indispensable to the survival of free writers everywhere): The Help, Written by Tate Taylor

Long Form – Adapted: Too Big to Fail, Written by Peter Gould, Based on the book written by Andrew Ross Sorkin; HBO