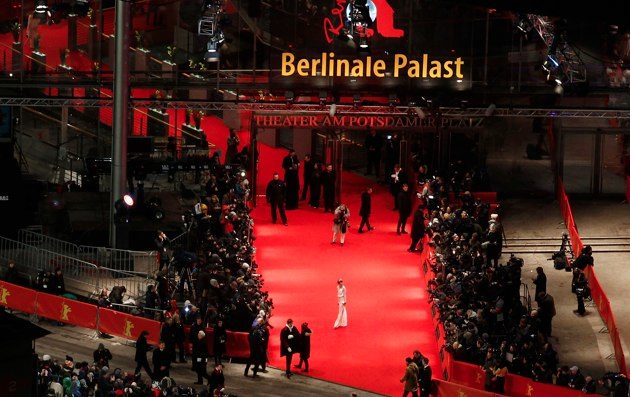 The Berlinale is the baked potato of European film festivals, and I don’t mean that as an insult, or even a backhanded compliment. A few months back, I was asked by David Hudson, of the superb movie-resource website Mubi, to offer a few observations about the Berlinale, which I’ve been attending since 2008. That year and every year since, the Berlinale has paid my way to participate in the Talent Press arm of the Talent Campus: Along with three other mentors, I coach young critics from all over the world (there are eight participants every year) as they cover the festival through assignments they’re given each day. While I’m here, I also see as many movies as I can and write about them. Hudson was putting together a sampling of opinions from festival attendees from all over the world, in preparation for a daylong symposium that was held by the German Film Critics Association in October. One of the issues the symposium hoped to address was the festival’s diminishing reputation: In recent years, the German and international press hasn’t exactly showered the festival with kindness. (Shane Danielsen’s Indiewire report from last year was particularly damning, if highly entertaining, though I disagree with him about the smell of the venues.)

The Berlin Film Festival, now in its 62nd year, isn’t nearly as massive and glossy as Cannes, nor is it as quietly refined as Venice. I’ll concede that the programming choices, at least among the films in competition, often lean heavily in the direction of peasants and other types of oppressed peoples. Maybe that’s what made me think of the potato metaphor: If this isn’t always the most exciting festival on the planet, there’s still something solid and serviceable about it, and there are plenty of times when it exceeds expectations. Sometimes it’s just what you didn’t know you wanted. (That’s in addition to the fact that it’s one of only a few festivals with an extensive educational component.) Last year, the Berlinale brought us Asghar Farhadi’s A Separation, a picture that has since, with good reason, become a critics' darling and is now a contender for an Academy Award. Fewer people Stateside have seen Bela Tarr’s The Turin Horse -- though it opens in New York this weekend, at the Film Society of Lincoln Center -- but the Berlinale also helped this picture achieve a small but significant groundswell of attention.

Does every programming choice, particularly among the films in competition, measure up in significance to those two examples? Hardly. But every year at the Berlinale I discover at least a film or two or three that I’m grateful for, and that wouldn’t have crossed my path otherwise.

This year, the programming choices are perhaps particularly un-glitzy, and they’re certainly low in Hollywood star power -- not necessarily a bad thing. The festival opener this year was Benoit Jacquot’s historical drama Farewell My Queen (which I arrived too late to see), starring  Diane Kruger, Léa Seydoux and Virginie Ledoyen, lovely actresses, all of them, though hardly household names. The festival is also featuring, out of competition, Stephen Daldry’s Extremely Loud and Incredibly Close, which has already fallen with a thud Stateside. (I felt sorry for my English friends as they traipsed off to see it. Once was more than enough for me.) Possibly the most high-profile of the films in competition, at least by Hollywood standards, is Billy Bob Thornton’s Jayne Mansfield’s Car, which screens later this week. (It stars Thornton, Robert Duvall, John Hurt and Kevin Bacon.) Thornton’s ex, Angelina Jolie, is also here with her directorial debut In the Land of Blood and Honey, being shown here as a special presentation.

But there’s still plenty to look forward to: I can’t wait to see Tsui Hark’s 3-D  Wuxia The Flying Swords of Dragon Gate, screening out of competition later this week. And though I’m not sure I can swing it, schedule-wise, I have a hankering to check out Timo Vuorensola’s Finnish-Australian-German (and crowd-funded) Third Reich/sci-fi thingie Iron Sky -- because who can resist a pitch like this one: “In 1945 the Nazis went to the moon. In 2018 they are coming back.” 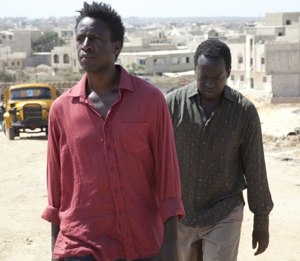 Space-traveling Nazis will have to wait, I’m afraid. So far, the two Berlinale films I’ve seen have been more... potato-like. The less impressive of these two -- and yet not dismissible by a long shot -- is Alain Gomis's Aujourd'hui, in which American musician-actor Saul Williams plays a Senegalese man, Satché, who, it appears, has been doomed to death: The film follows his last day on earth, which begins when he awakens and is greeted by his family and close friends, some of whom lament his impending demise and others of whom take him to task for his shortcomings. Satché might have escaped this terrible fate: He left Senegal to be educated in the United States, and then decided to come back, which, as the movie spells out in metaphorical terms, seals his fate as a human sacrifice.

Aujourd’hui is a languorous film, or, rather, a film that makes you use a word like “languorous”  when what you really might mean is “boring.” But Williams is a charismatic presence: His performance is largely wordless, which means we’re able to absorb the details of his world through his half-curious, half-cautious eyes. He’s an actor I’d like to see more of, leading to yet another reason a festival like the Berlinale is invaluable: Even flawed movies sometimes bring us the pleasure of discovering a new actor.

Between the last installment of Cannes and this year’s Berlinale, a microtrend in European cinema appears to be taking shape: In the past 10 months I and some of my fellow critics have seen two movies about creepy adults who abduct children and hold them prisoner in a basement for months if not years. The first of those movies was the Austrian film Michael, by director Markus Schleinzer, which screened at Cannes (and which is opening in New York on Feb. 24). Michael follows the day-to-day life of a pedophile who keeps a 10-year-old boy locked in his basement; it’s an austere, chilly little picture -- Schleinzer has worked as a casting director for Michael Haneke, which tells you something -- though glimpses of grim optimism do occasionally break through its storm clouds. 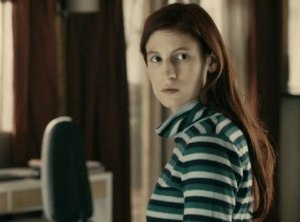 Frédéric Videau’s A Moi Seule (or Coming Home), screening in competition here, tells a similar story: An opaque but clearly unhinged French construction worker, Vincent (Reda Kateb), abducts a girl, Gaëlle, at the age of 10, though he doesn’t violate her sexually. Some eight years later, she’s still a captive in his basement, only she torments him to the point where you wonder why he doesn’t just turn her out of the house already. (She sasses him, teenager-style, with sardonic observations heralded by phrases like “Earth to Vincent!”)  The teenaged Gaëlle (she’s played by Agathe Bonitzer, a lanky actress with a sullen but penetrating gaze) escapes early in the picture -- we get a sense of the texture of her relationship with Vincent via flashbacks.

Unlike Michael, this isn’t a picture built on an ultra-manipulative sense of dread. And A Moi Seule raises some interesting questions about the nature of victimization: Gaëlle’s self-possession is a scary kind of life force, suggesting that even people who truly are victims can talk themselves out of that state by sheer force of will. This an unusual, thought-provoking picture, perhaps less daring than it thinks it is -- but then, its sense of measured calm is part of what keeps it ticking. If there’s room in your life for only one movie about kids triumphing over loser sickos who turn their basements into prisons, make it this one.