I had a feeling this was coming: Two years after songwriter Ryan Bingham photo-bombed his own Oscar-nominee luncheon group photo, the customary portrait once again met its match with animators Brandon Oldenburg and William Joyce. Good for them! Someone's gotta have some fun at these things.

The filmmakers, whose The Fantastic Flying Books Of Mr. Morris Lessmore is nominated for Best Animated Short, just barely edged out a slightly crimson Nick Nolte as the annual group photo highlight. Congrats to all, and find the full portrait and more from Monday's luncheon at the Academy's Web site. 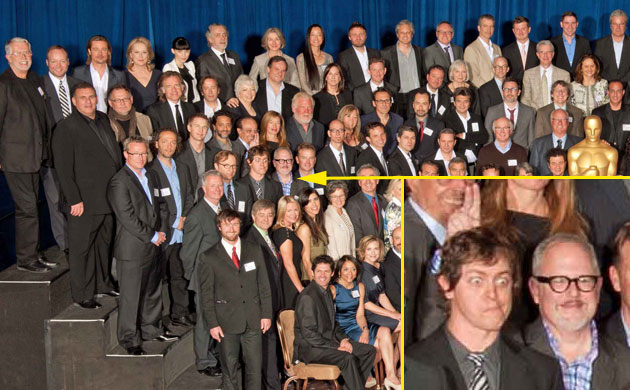