Eva Green on Perfect Sense, Dark Shadows and Love in the Time of Calamity 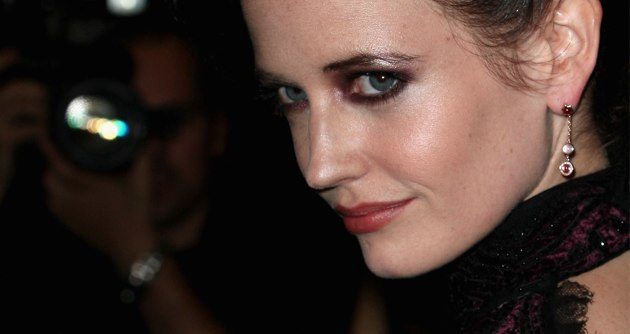 She can put “Bond girl extraordinaire” on her resume and describes her character in the forthcoming Dark Shadows as a “bawdy Barbie,” but between those two roles Eva Green is a woman holding on for dear life during a global pandemic in Perfect Sense. In David Mackenzie’s romantic drama, Green plays an epidemiologist struggling to track and contain a series of mass-scale maladies. Acute emotional states like unexplained sadness cause the human race to gradually lose the ability to taste, smell, hear and see, leading to more than a few mood swings.

Amid catastrophe, though, the pieces are finally falling into place for Green’s Susan: She’s found love and a rock to lean on in Michael (Ewan McGregor), a chef with just a splash of bad-boy. It’s this love story that Green is most in touch with, and what drew her to the film in the first place. The emotional and, it must be said, super-steamy scenes between Green and McGregor halt the chaos and serve as a reminder that we should always stop to smell the roses, even if we technically can’t.

Movieline talked to Green about her career path, love vs. calamity and Tim Burton fostering collaboration on Dark Shadows.

How have you gone about choosing roles since being a Bond girl?
You know, I’ve always liked characters that are complex, and even the Bond girl that I played was a complicated character, and intelligent. And you know, I always like complicated, interesting characters.

Yeah, Vesper was the ultimate Bond girl.
Yeah, I think so. But it was nice because there was a love story in [Casino Royale]. Not like a cliche, but a real human being.

What made you connect with the Perfect Sense script?
I really enjoyed the love story when I read it. I thought it was kind of a brave, unusual story. Thought-provoking, but also very romantic.

But with a public panic angle. A few years ago, Blindness was adapted to film, and I don’t know if you read about this but there was recently a documented case of mass hysteria among a group of girls. What is it about stories like this that we find so compelling?
I would say that, in this film, people come together. There’s an urgency. It’s very dramatic. Everybody has to become hungry for each other. You know, you have to seize the moment, seize the day and tackle the enemy, like we say, and what matters in life is love. Sounds very cheesy, but it’s true. People come together and still cling to each other after the loss of everything. 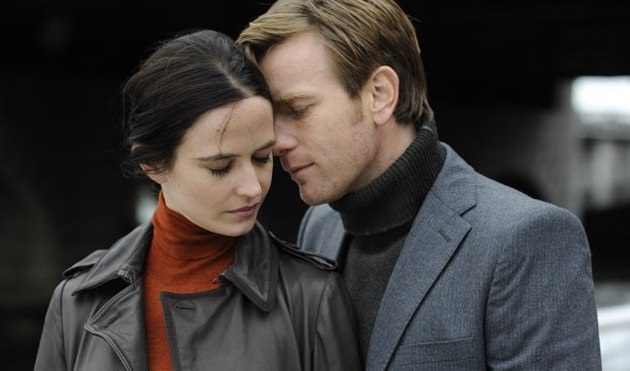 The character you play suffers grief and heartache so deeply, and that’s even before the world goes haywire. Did you find it exhausting to portray this woman?
Oh, no. I kind of identify with her. She’s quite normal. She was unlucky, and a bit damaged, and came out of a hard relationship. And the character that Ewan played was also damaged, but little by little she opens up to him and allows herself to be vulnerable and honest with him, and falls in love with him. I don’t see this film as something dark or dramatic because there’s a catastrophe. It’s also that she’s kind of awakened, weirdly. It’s a bit late because the senses are disappearing, but she is becoming, I don’t know how you would say it, but more human.

Yeah, I think the opposite is true, too. She experiences happiness pretty deeply, and there were also some moments of levity, like the bathtub scene with Ewan.
Yeah, that was fun to shoot, eating soap. And the flowers. I had to eat flowers in another scene. And toothpaste and lipstick. Lovely.

Then you moved to Dark Shadows, playing another woman who’s had her heart ripped out.
Oh, it’s a very different character. She’s an extreme character, completely obsessed with a man [laughs], and will do absolutely anything to get him, to own him. She looks like Barbie, but a bawdy Barbie. She’s a big character, and lots of fun to play, that’s for sure.

Did you feel like you were coming in to an already formed family? Tim Burton and some of the other cast collaborate all the time. How did you mesh?
Tim is very normal, and he is extremely open to suggestions, which is a luxury. He wanted me to feel as comfortable as possible. It was a real collaboration, which is very rare, and he was very kind, very creative, very supportive and we really got on.

Is it true you almost took the role in Antichrist that went to Charlotte Gainsbourg?
Yeah.

Why did you decide against it?
Oh, it’s hard to say. I didn’t agree with everything the director wanted me to do.

Do you think you’ll work with Lars Von Trier eventually?
I don’t know. I think he’s a genius, and Melancholia is a beautiful movie. I hope so, but we’ll see.