Joss Whedon's Cabin in the Woods to Open SXSW 2012 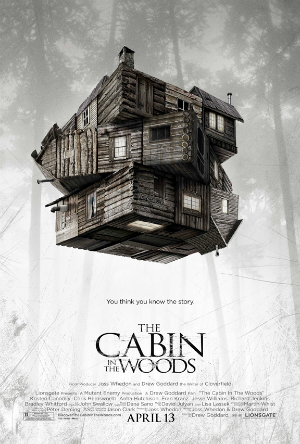 After debuting to geek enthusiasm at Butt-Numb-a-Thon in December, Joss Whedon's long-awaited Cabin in the Woods will have its official world premiere at SXSW 2012 this March, the festival announced today. Also on deck to headline the film portion of the annual Austin conference are Jonas Akerlund's Small Apartments, Kevin MacDonald's music documentary Marley, and Lena Dunham's post-Tiny Furniture, Judd Apatow-produced HBO series GIRLS, which will preview its first three episodes. More details after the jump.

SXSW is a festival that always loads up on an insane amount of features, docs, and panels, so this first wave of selections is just the tip of the iceberg. Of these first announced titles, Whedon's Cabin in the Woods should play to some fanfare (and, likely, with appearances by Whedon and some of his now-famous cast) while Dunham's GIRLS should please the SXSW crowd that made her Tiny Furniture a hit last year. And the Lubitsch! Given the plugged in, tech-dominant personality of SXSW at large, it's nice to see a revival like this on the docket for the film festival.

Beauty is Embarrassing (World Premiere)
Director: Neil Berkeley
A funny, irreverent and insightful look into the life and times of one of America's most important artists, Wayne White.

CITADEL (World Premiere)
Director & Writer: Ciarán Foy
An agoraphobic father teams up with a renegade priest to save his daughter from the clutches of a gang of twisted feral children. Cast: Anuerin Barnard, James Cosmo, and Wumni Mosaku, Jake Wilson, Amy Shiels