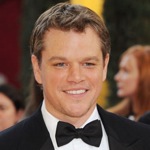 "I don't blame Tony for taking a boatload of money and handing in what he handed in," Matt Damon told GQ recently about Gilroy's script for the third Jason Bourne film, The Bourne Ultimatum -- a script Gilroy agreed to write for "an exorbitant amount of money" as long as he only had to provide one draft and pay no regard to studio notes. "It's just that it was unreadable. This is a career-ender. I mean, I could put this thing up on eBay and it would be game over for that dude. It's terrible. It's really embarrassing. He was having a go, basically, and he took his money and left." Gilroy wrote and directed the latest Bourne film The Bourne Legacy, due in theaters this August with Jeremy Renner starring. [GQ via indieWire]