Talkback: Will Movie Theaters Encourage Texting in the Future? 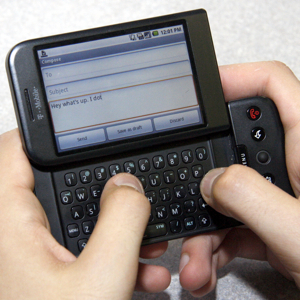 Are you a discreet movie theater texter who dreams of a day when the cineplex will not only allow you to text mid-film but actually encourage you to do so by providing state-of-the-art technology to improve your movie messaging experience? If so, then I bring you some good news via CinemaBlend: A Washington-based exhibitor plans on providing one safe social networking theater space for you. If it's successful, movie theater texting could be a not-too-distant reality.

The theater is the Tateuchi Center in Bellevue, Wash., which is supposed to open doors in 2014 with a pro-texting policy in hopes that the establishment will attract a younger demographic. Explained the theater's executive director John Haynes, "Simply forbidding [technology] and embarrassing people is not the way to go. So we are wiring the building in anticipation of finding ways to make it work over time."

According to the New York Times, the 2,000-seat concert hall -- which will also feature theater, classical music, jazz and pop acts -- will boast a 12 to 14-foot antenna, to allow for better cell-phone signal. The theater will also have a "standing policy of allowing nondisruptive cell use during performances." Potentially, the theater might also give each patron a small screen to place on their cellphones to dim the light and make it less distracting to other audience members.

Do you think this innovation is the way of the future? Could you see chain movie theaters adopting similar policies to appease young audience members -- rather than shunning them the way that the Alamo Drafthouse famously did last June? Or do you think this is just tech-savvy campaigning for a theater that still needs almost $100 million in funding?

· The Show Is Starting, Please Turn On Your Cellphones [NYT via CinemaBlend]