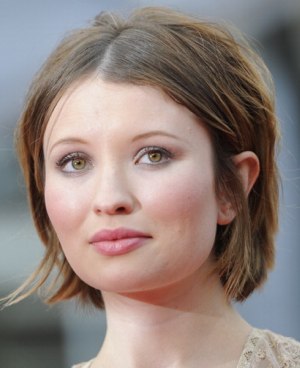 Browning stars as Lucy, a disaffected college student scraping by on odd jobs before happening upon a madam (Rachael Blake) who supplies young women for a group of high-class patrons. In the most extreme of their scenarios, Lucy is essentially anesthetized and placed nude in bed, resulting in a succession of outre encounters that have left viewers shocked, appalled, enthralled, breathless, fleeing the theater and/or any number of combinations of each. I sat down with Browning at the recent Hamptons International Film Festival for a freewheeling chat about about the film, her role, her routine, her festival experiences, and the odd conceptual link between Sleeping Beauty and the much less admirably received Sucker Punch.

This is a polarizing film, to say the least. What kinds of conversations have you encountered or personally had with people about this since Cannes?

I think in terms of people speaking to me personally about it, their reactions have been positive. A guy who was just interviewing me said a reaction that I've gotten a lot, which I quite like, which is, "When I first saw it, I wasn't sure. I didn't know how I felt about it; it made me uncomfortable. But then it stuck with me, and now I really like it." And I love that reaction. I think that's great, and that's what we want. It's so weird when I do a Q&A, and somebody asks a question and they begin it with, "I loved the film!" I'm like, "You loved it?" That's kind of a weird response.

Yeah! I mean , when I first saw it, I was proud of it, and it worked exactly as I wanted it to. But the automatic response "I love it"? I kind of like that people have to think about it. And apparently it's stuck with people, which is great. It's all I could ask for.

What was your own reaction the first time you saw the film?

Well, I was meant to see it for the first time at Cannes. I said to my publicist and others, "I can't do it. I need to see it before them, because I might pass out." It was the most nerve-wracking experience. So they gave me a copy, and I watched it in bed with a bottle of vodka by myself because I was so nervous. But I was really happy with it, and it's so rare for me to feel that about a film. I think so often the things that I've done have been muddled with, and I was just really happy -- so happy that I watched again the next day, sober. Which was good. But yeah. It made me feel the way I think it's meant to make people feel, which is uncomfortable and a bit squeamish. It was what I wanted it to be.

Then watching it at Cannes was a different experience -- with the huge screen, thinking, "Wow, I'm this giant naked person, and there are thousands of people looking at me." It changes it a bit. So at Cannes I was sweating profusely and gripping onto Julia's hand and kind of shaking a little bit.

I picture Julia propositioning you much the way Clara propositions Lucy: "This will be challenge, but it will be lucrative. Be smart with your reward." How did you two come to terms on this role and where it would go?

I read the script, and it's one of m favorite scripts that I've ever read. Julia is an unbelievable writer. It also made me feel really uncomfortable, but that was sort of the draw for me. I like the idea of doing something challenging. I was in Canada at the time filming something else, and I put myself on tape. I mean, as soon as I read it, I was like, "I have to do it." A few people warned me off, saying, "Are you sure? It's really intense. Are you sure?" But I knew that I wanted to be a part of it, so I put a really long audition on tape and sent it in. And I was actually offered the part before I met Julia, and I took. I just felt that it was going to be something right for me.

But then when I met her, she said, "If there's anything you're uncomfortable with, we can change it a bit. We can fix things, we can change this or we can change this..." It wasn't so much of a "proposition." And we had two solid weeks to rehearse, and Julia gave me films to watch. We spoke about Lucy's physicality and her back story. We worked out every scene in depth and spoke about it a lot, so we had a lot of time to prepare and get the character together.

Acting in your sleep--

Ha! Sorry: Acting like you're asleep is still acting. What's the technical underpinning of those scenes?

It's interesting, particularly the Man 2 scene, where I'm being messed around with. It's tough to not wince and pull away and that kind of thing. Early on, Julia suggested that I learn to meditate. So that's what I did -- just kind of focusing on my breathing, and I had words I was saying in my head. It was just about being as still as possible. And I think in a way, doing those kinds of nude scenes that are really intense, it was actually kind of easier that I was asleep. I was a blank canvas in those scenes; I was able to shut everything else out and not actually be present. It was kind of nice in a way.

It's a deceptively physical role. I mean, something like Sucker Punch is physical, but this is physical -- requiring a next level of control over your body's natural instincts. Did you perceive it that way?

I think a lot of people do it at drama school -- a particular way of learning how to hold your body in certain ways. Learning to walk with a good posture. It's really hard to explain, actually -- this movement-therapy kind of thing. I think that really helped; it really got me into being able to possess my body and have full control, because generally I'm pretty clumsy. So it was important for me to do that. And also, when I was rehearsing with Julia, we worked a lot on the physicality. I have a tendency to hunch and go into myself a bit because I'm nervous a lot of the time, and I had to learn to just get rid of that and move like a different person.

It also had a lot to do with... See, I'm from Melbourne, and we filmed the movie in Sydney, and for the eight weeks that I was there, I was living alone right at the ocean at Bondi Beach. I would get up every morning and swim in the ocean by myself -- at 5 in the morning, before the sun came up because I wasn't able to get a tan. So I got into this weird, very quiet headspace that maybe gave me a better understanding of that character -- of being very still.