Edgar Rice Burroughs' John Carter of Mars sci-fi series may have first appeared 100 years ago -- and director Andrew Stanton's Disney adaptation John Carter may be taking forever to come out -- but EW's new photo from the movie is fresh as ever: Friday Night Lights vet Taylor Kitsch yanks on a chain while a gigantic, extraordinary white ape bellows behind him. Shall we caption this big-budget brawn? 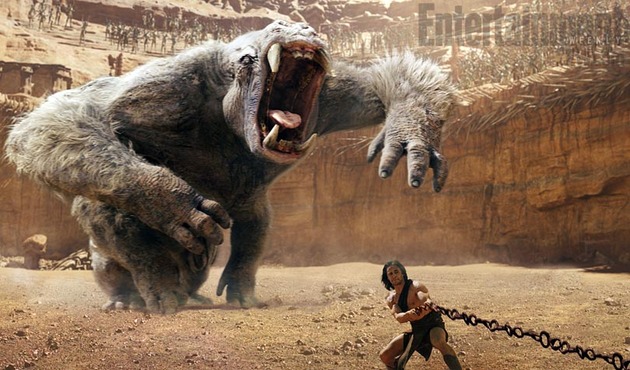