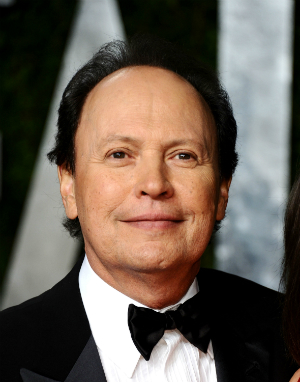 If Billy Crystal's Twitter is to be believed, the funnyman has been tapped to replace Eddie Murphy as host of the Oscars in the wake of RatnerGate, as the comedian Tweeted today. "Am doing the Oscars so the young woman in the pharmacy will stop asking my name when I pick up my prescriptions," read Crystal's post. "Looking forward to the show."

An official announcement has yet to be made by the Academy of Motion Picture Arts & Sciences either confirming or denying Crystal as host, and there's a chance Crystal was just joshing with his adoring public. (But what kind of dick move would that be?) So take it as you will, and start getting used to the fact that no, the Muppets probably won't be hosting the biggest night in Hollywood. At least, not this year.

Brett Ratner Resigns as Producer of the Academy Awards

@BillyCrystal
Billy Crystal Am doing the Oscars so the young woman in the pharmacy will stop asking my name when I pick up my prescriptions. Looking forward to the show
Nov 10 via Twitter for iPadFavoriteRetweetReply

UPDATE: The L.A. Times' Steven Zeitchik Tweets confirmation: "Crystal's tweet may or may have not been a joke. But we've confirmed with a source close to telecast. It's Crystal."