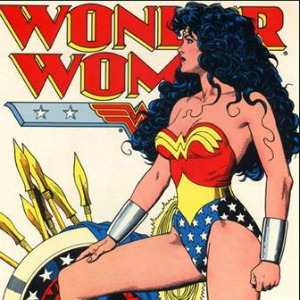 When Joss Whedon first dropped Angelina Jolie's name while talking up his doomed Wonder Woman project, folks assumed he'd envisioned her in the lead role. Speaking with Rookie Magazine, he clarified: His Diana Prince, Amazon goddess, was merely Angelina-esque in her globe-trotting humanitarian leanings. And in a way, the superheroine would have been saved by love. Whedon explains after the jump.

"She was a little bit like Angelina Jolie," the Avengers director said. "She sort of traveled the world. She was very powerful and very naïve about people, and the fact that she was a goddess was how I eventually found my in to her humanity and vulnerability, because she would look at us and the way we kill each other and the way we let people starve and the way the world is run and she'd just be like, None of this makes sense to me. I can't cope with it, I can't understand, people are insane."

"And ultimately her romance with Steve was about him getting her to see what it's like not to be a goddess, what it's like when you are weak, when you do have all these forces controlling you and there's nothing you can do about it. That was the sort of central concept of the thing. Him teaching her humanity and her saying, OK, great, but we can still do better."

So, kind of like Leeloo meets Thor meets Angelina the ambassador? Long for what might've been all you want, but I'd prefer a take (maybe Nicolas Winding Refn's?) that doesn't involve the awesomest Amazonian superheroine that ever was learning vulnerability and weakness from her boyfriend.