BREAKING: Brett Ratner Resigns As Producer of the Academy Awards 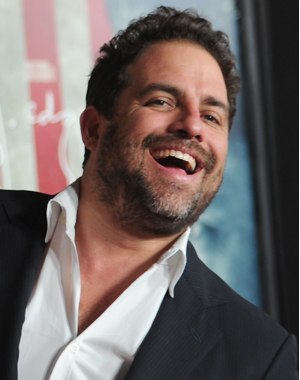 Never underestimate the power of #RatnerFreeOscars! Just 24 hours after news of Brett Ratner's insensitive remarks about rehearsals (they're "for fags") and his sex life caused critics to protest his involvement in this year's 84th Academy Awards telecast, the Tower Heist director has stepped down as producer.

"I called [Academy of Motion Picture Arts and Sciences president] Tom Sherak this morning and resigned as a producer of the 84th Academy Awards telecast," Ratner explained in a lengthy apology/statement issued just minutes ago. "Being asked to help put on the Oscar show was the proudest moment of my career. But as painful as this may be for me, it would be worse if my association with the show were to be a distraction from the Academy and the high ideals it represents."

Even though Sherak showed his support for the Tower Heist director yesterday after his series of ill-advised statements, the AMPAS president approves of his resignation.

"He did the right thing for the Academy and for himself," Sherak said in a statement from the AMPAS. "Words have meaning, and they have consequences. Brett is a good person, but his comments were unacceptable. We all hope this will be an opportunity to raise awareness about the harm that is caused by reckless and insensitive remarks, regardless of the intent."

As Sherak looks for a new producer for this year's ceremony, Movieline would like to kindly point him towards the replacement suggestions made by our dear readers yesterday.

It is not yet known whether Eddie Murphy, whom the Tower Heist director recruited as this year's Oscars host, will also step away from this year's ceremony.