My Favorite Scene: Tarsem Finds Common Ground Between Man Bites Dog and an Episode of Cops 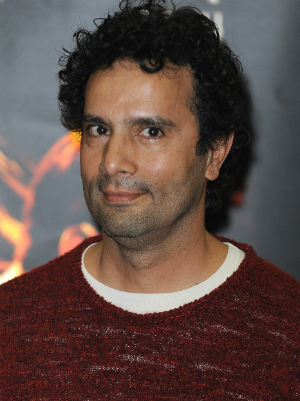 This week, Movieline's favorite honey badger of directors, Tarsem (The Fall, The Cell), unveils his spin on Greek mythology in Immortals, a fantasy actioner that blends artistic influences as vast and varied as Caravaggio, classics, and Henry Cavill's abs. So who better to invite to a round of My Favorite Scene than the visionary filmmaker, who managed to pinpoint the uncanny cinematic parallels between the 1992 Belgian mockumentary Man Bites Dog, a Cannes Film Festival awardee, and that one episode from the "brilliant" first season of COPS.

"I remember this because I was completely blown away by this," Tarsem began. "The set-up is there's a serial killer; he takes you to a particular place and he goes, 'Come with me' -- it's like a mockumentary, which now, a decade and a half later, is such a dead topic with everything from the Paranormals to everything, everybody just shoots those. But this was a thing I was always showing film students: Try not to compete with Hollywood, try to look at this, this person made a billion-dollar idea with very little money. In this, they're doing kind of a mockumentary on a serial killer and he takes them to a place and says, 'I want you to meet somebody.'"

"Cut to the serial killer talking to the camera," he continued. "Big, BIG gestures! Pointing, pointing, pointing. You hear his voice like you're hearing him from 100, 200 feet away. He goes [whispering wildly], and on the main sound you're hearing [wheezing, heavy breathing] and somebody's walking. You see while you're talking to him that 100 feet away is the overweight sound man, coming towards you. [Laughs] So his boom is there, but his voice is here, and it takes forever for the guy to come up close to you!"

Tarsem remembered a similar scene of aural interruption in a Nicolas Cage-Coen brothers classic. "[It raised] the hair on the back of my neck... and I think in a filmic way you have the same thing in the Coen brothers' Raising Arizona. I saw it done identically somewhere else, but in that what happens is, he runs through a supermarket and all the tension, tension, and it breaks to la-di-dah music, then tension, tension."

But wait! The scene that came closest to approximating the brilliance of Man Bite Dog came not in a film, but in the syndicated crime reality show COPS, in an episode (which, sadly, doesn't seem to be available online) that presumably pre-dated the film and aired circa 1989. "The one that I like, I saw in a COPS episode," Tarsem recalled. " This was in the first season of COPS. They were brilliant! And then somebody got the stupid idea of saying, why don't we make it sophisticated and get one of those big lights, with a separate sound guy. It was so dreadful because people would be natural and suddenly you'd have this, ting! Light comes on. It was like, what the fuck?"

"So it was one of those scenes, but they were running behind with a guy and the sound guy got separated. The camera ran behind the guy who the cops were chasing, and the sound man ran through 7-11. So while they were running, chasing this guy the music was like the Hindi movie music the guy was listening to in the 7-11, and they arrive in the back and suddenly they were chasing this guy. I said, two movies that are almost hand-heldy -- the serial killer movie and this episode of COPS -- kind of did the same thing. It was just magical. The two things you never want to have happen: The guy you're talking to you -- you want his sound, not the sound of the guy taking a piss in the urinal."