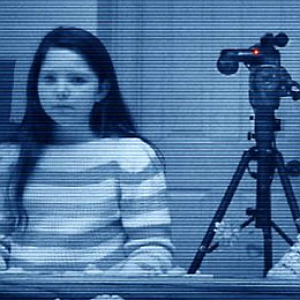 The very existence of Paranormal Activity 3 may induce a few eye-rolls, but at this point it's hard to deny the sheer effectiveness of "found footage" horror films. After Time featured a cover story on The Blair Witch Project in '99, it appeared we'd be in for years and years of copycats, but there have been more than a handful of inventive twists on the young genre. What's your favorite?

It's only right to begin this discussion with Cannibal Holocaust, the 1980 Italian horror movie with outrageous violence and an even spookier reputation. The Amazon-set tribal bloodbath was banned in a few countries thanks to the perception that it was a snuff film (director Ruggero Deodato was eventually cleared of obscenity charges), but a few of the animals on-screen were actually killed. So, that's awful and repugnant -- but it's also a very jarring and horrifying film. Better yet, it polarizes critics to this day, which means you're obligated to see it.

Perhaps I caught The Blair Witch Project way too late in its hype to appreciate the shock of its narrative, but I felt it was a slow, repetitive, and ultimately unclever movie. I honestly think the big-budget brass of Cloverfield is superior, and not just because I'm always rooting for this Odette Yustman/Annable person to strike it big on the big screen. (She's currently on that Christian Slater series Breaking In, which comes back at midseason.) Furthermore, based on style alone, Cloverfield will hold up years from now. Count on it.

So it's Cannibal and Annable for me. What are your favorites? Extra points go to those who phrase their argument in the form of found-footage hyperventilation.