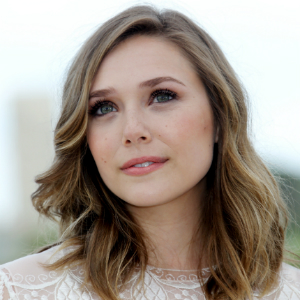 One of the biggest discoveries you'll make this year -- and one of this fall's class of neophyte Oscar contenders -- is 22-year-old Elizabeth Olsen. The younger sister of Mary-Kate and Ashley may have earned her first credits as a child actor in her siblings' tween franchise-building movies, but she launches her very serious film career this October in the Sundance award-winning Martha Marcy May Marlene, Sean Durkin's deeply observed drama-thriller about a shell-shocked young woman (Olsen) who reunites with her family after spending years under the influence of a sexually abusive cult.

It's a deceptively quiet film that builds a palpable feeling of unease anchored around Olsen's central performance as Martha, who comes to live with her sister (Sarah Paulson) and brother-in-law (Hugh Dancy) but can't shake the feeling that her former cult leader (played dangerously and charismatically by John Hawkes) and his network of volatile devotees are hiding around every corner, in every shadow. (Writer-director Durkin, making his feature debut, based his script from the real-life experience of a woman who went through similar trauma.)

Olsen returns to NYU's Tisch School of the Arts this fall to complete her senior year and will appear in a run of upcoming films in 2011 and beyond: Peace, Love and Misunderstanding, with Jane Fonda; the single-take horror remake Silent House, Olsen's other Sundance 2011 entry; Rodrigo Cortes' Red Lights, with Robert De Niro and Sigourney Weaver; Liberal Arts, opposite Josh Radnor; and Very Good Girls, with Dakota Fanning. She rang Movieline to discuss Martha Marcy May Marlene, how her acting training helped lay the groundwork for her subtle performance -- and launched her, inadvertently, into her film career -- and explained how she wound up earning those first few Olsen twin movie credits way back when.

There's something that was really interesting that happened as I was reading it that I actually hadn't experienced with other scripts, because it was also within the first six months of reading scripts and auditioning. Like when you're reading a book in your head, you create this imaginary character, naturally. And it was my first time reading a script imagining myself instead of another character. Now, every time I read a script I try and make that happen, because it helps a lot to figure out or tell yourself, 'Oh, I can do this,' and then you end up reading it in a way that you would do it.

Especially when reading a script in the third person, and in the case of Martha Marcy May Marlene, reading a character who is herself so opaque to begin with.

Yes, totally! So when I read it, for some reason -- it's never happened before -- I imagined myself as this character. And I think initially what I really connected to was her paranoia, actually. I had a lot of compassion for her and I wanted to make sure that she could never be diagnosed, or written off. That she was rooted in a reality where she needs something, she didn't receive it, and she didn't get it from her family. So then when I got the job I started trying to figure out how I could make things as simple as possible for something that goes in so many different directions. I tried to figure out a basic line to follow, which is that she has a void to fill, and her family didn't provide that, yet she meets these people who care and love her and they provide the thing she's been looking for -- but then she becomes manipulated and learns that this isn't the right place for her. So when she leaves, what does it mean for her to lose that?

Sean [Durkin] and I would also talk about how it's almost like domestic abuse; people don't talk about, and aren't able to talk about, the abuse. Even though you're being abused you still go back to that person and it also takes away your voice, you won't talk to other people about it because you know maybe they could think it's wrong, but you don't think it's wrong... it was an interesting balance because there are so many different ways to relate to her problem, from so many different angles.

Martha is also such an internal character; because of her loss of voice, as you say, she doesn't reveal a lot of what happened to her with the cult to the people around her. How did you figure out how much to convey?

It was an interesting balance, story-wise, when she releases what's going on inside. When are the points that she becomes most frustrated. To me what was really important was that there's so much not being said, there's, like, not enough dialogue to use, that I needed to try as much as I could when she's not speaking to always have some sort of clear action. So it's not like she's just moping and not doing anything. It was really important for me to always have a clear, fluid, moving action through a scene even if she's being quiet. Because if that's all kept under while she's trying to keep a cool composure, if that's all brewing underneath, then the audience can understand that she's not truly present. Or if she is, that she's clearly trying to figure out something else.

That's a lot of thought to go into such a natural performance, a deceptively methodical approach.

Yeah, I approach a lot of things analytically. That's kind of my most recent training, in conservatory at the Atlantic Theater Company -- it's all about analyzing and telling a story based on the script provided. It's not so much about your own emotional life, it's about how you can tell the story from an analytical point of view. I find that really helpful. It keeps you focused on what the goal is.

Your sisterly relationship with Sarah Paulson feels particularly authentic in exploring how tumultuous an adult sibling relationship can be. Was that all in Sean's script, or did you and Sarah work to give it all that unspoken conflict?

It was all in Sean's script, but because we filmed the stuff at the lake house after the cult stuff, she joined us upstate on our day off and we talked for a few hours about exactly what happened in our past together. How we communicated as a family, what was said -- we talked as specifically as possible so that when there are things not being said and there are things that are more undercutting, they all were rooted in the same story. I think you can learn so much about someone's family from what they don't say. Sean has also talked about how it's really true that in families, the things that need to be talked about or the things that are important to talk about, families don't. They talk around it, they try to make light of the situation, they talk about things that don't matter, but you can still tell how people relate to each other based on their history.

And also, to top it off, Sarah and I got on super well. We had the best time together. I've never had more fun working with someone -- we were such fools all the time, singing show tunes non-stop. And it helped that we could connect in that way, even though it didn't manifest in the film. I think it was important that we were able to connect in that type of way just so there could clearly be some sort of longer connection, as opposed to something shallow.

It's like all of the good times between the sisters happened offscreen.

Yes, exactly! [Laughs] We had such a good time and I can't wait to see her soon, because she's been working nonstop and I haven't seen her in a while.