Mysterious Jupiter Ascending Project Could Be the Wachowskis' Next Matrix 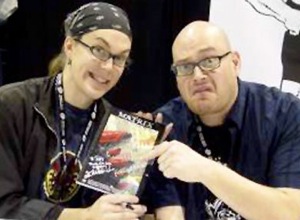 After their Matrix trilogy grossed over $1.5 billion worldwide, Lana (formerly Larry) and Andy Wachowski took some time to explore avenues off the sci-fi blockbuster grid -- by writing a dystopian thriller (V for Vendetta), unsuccessfully adapting Japanese anime for the screen (Speed Racer) and directing A-listers like Tom Hanks, Hugh Grant and Halle Berry in the ambitious, generations-spanning adaptation of David Mitchell's Cloud Atlas. At long last though, it seems that the sibling filmmakers are returning to their wheelhouse for a mysterious new project called Jupiter Ascending.

Very little is known about the next sci-fi feature from the pair other than the fact that it is an original project that will be made at Warner Bros. and could begin production as early as spring. Deadline reports that Jupiter Ascending is the Wachowskis' "first major science fiction action franchise play since The Matrix." Warner Bros. is currently considering which actor to cast as the lead while keeping the script under lock and key.

What do you think Jupiter Ascending could possibly be about? Logline guesses are welcome in the space below.