Jake Kasdan on Bad Teacher, New Girl and the Secret to His Sexy Car Wash Scene 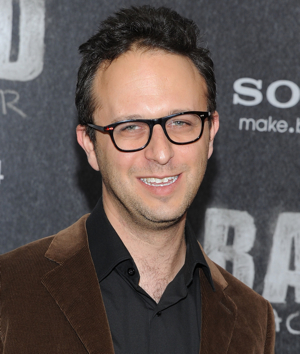 Ten years after working as a director and consulting producer on Freaks and Geeks, the heartwarming television series about a few misunderstood high school troublemakers (and their more wholesome peers), Jake Kasdan found his biggest box office success this summer with Bad Teacher, another project profiling a misunderstood hallway troublemaker. Starring Cameron Diaz as an English teacher more interested in smoking pot and procuring breast implants than molding the the minds of her middle school students, Bad Teacher earned over $200 million worldwide, establishing Kasdan -- son of The Big Chill and Accidental Tourist filmmaker Lawrence Kasdan -- as a heavyweight comedic director and rounding out a summer known for it's R-rated, female-led comedies.

On the eve of Bad Teacher's home video release, Kasdan phoned Movieline to reflect on Cameron Diaz's ability to play a sexy, misanthropic, car-washing schoolteacher, the possibility of a sequel and the similarities between Freaks and Geeks and his new television series, New Girl.

It seems dangerous to base a studio comedy on a character as misanthropic as Elizabeth Halsey -- doubly so when that character is female. Did you have any doubts about that when signing onto the project?

I think that was actually part of the appeal. A lot of what was so funny about the movie to me came from that. She's just a very unusual kind of female character in a very really unusual female comedy.

Danny McBride has been able to build an entire career around those roles but it's hard to play that kind of character without isolating the audience. What do you think made Cameron right to play this kind of character that initially hates most mankind?

Well, there aren't that many parts quite like that but it is extremely in her wheelhouse. There's no question. She's one of the only actresses where you feel like you really want to see her do that. Her relationship with the audience is such that they'll have a good time watching her behave badly.

Did you ever feel like, as the director, you should pull back on some of those Elizabeth-behaving-badly scenes?

No. [Laughs] I never felt like we had to pull it back. I had a little bit of a joke [with the car wash scene] -- it's a big showy joke -- and I just wanted to get the scene right. I spent a lot of time trying to figure out how to do it. Of course, Cameron just nailed it. I had nothing to worry about because she got what was funny about it and was the perfect person to do that. There are just not that many people that could do that joke correctly. She's making fun of it but also making it look sincere from her character's [point of view]. She's so committed and beautiful and also ruthless.

Was there one sexy car wash scene in movie history that inspired that? Did you look back in the film car wash archives?

Well, I figured that it was more that Cameron's character is almost mimicking the goofy, music video imagery in her head. We shot it that way I think compared to the sexy car washes of the past.

I really enjoyed the exchanges between Cameron's character and her roommate played by Eric Stonestreet, who even an hour into the movie, has no idea what she does for a living. What was the secret to making those exchanges work so well?

I thought that was one of the funniest things about the script -- that she has this Craigslist kind of roommate that she doesn't really know. She moves in with him after her break-up and the character was just really funny. Eric was the perfect person to do that and he and Cameron just had great chemistry.

Is there any hope for a Bad Teacher sequel?

You know, I don't think so. Probably not. I think her story is probably best left there. 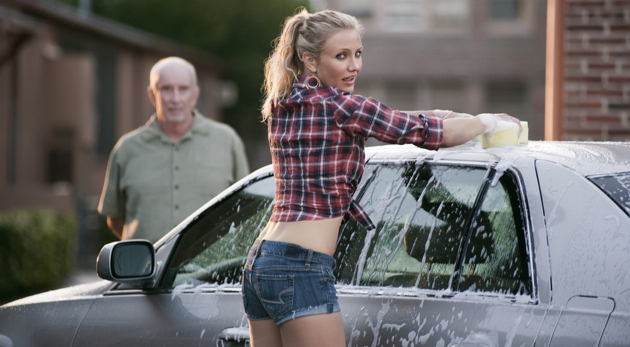 Most actors and directors I speak to maintain that they don't read reviews of their films, which I have a hard time believing. Do you read reviews?

A few years ago, I started trying not to. Over the course of it, you end up seeing some -- I don't think it's necessarily the best way for me to keep track of what I'm doing.

Was there one review that made you decide that?

Not really. In general, I've been treated well by reviews and there are times when I haven't. The truth is that I've come to feel like I'm better off without reading them. I always have a sense of what people are writing about them but I try not to read -- especially because there are so many now. It would just be crazy-making.

This summer was big for both R-rated comedies and quality female-led comedies. Have you read many comedy scripts lately that attest that this trend will continue the next few years?

Well -- I think it's more that people are going to be more open to basing comedies around women, which is a great and very helpful thing. There are a lot of funny women around and the business has not traditionally been terribly informed about it so it would be great if they responded.

I find it interesting that you're creatively involved with New Girl, which stars Zooey Deschanel as this fragile, relentlessly optimistic character -- pretty much the polar opposite of Elizabeth Halsey. What appealed to you about Zooey's character Jess, especially after filming Bad Teacher?

They're really different projects but they are both things that I was drawn to because they are incredibly funny scripts built around hilarious women that I've always wanted to work with.

Did you expect for New Girl to be embraced the way it has been?

No, it's been a great surprise that people are seeming to like it. We love making it so it's been really fun.

The same way that it seems like a dangerous idea to base a film around a misanthropic character, it also seems dangerous to build a series around a character so relentlessly bubbly. Were you worried about grounding this extremely upbeat, quirky character enough for audiences to connect?

There were all kinds of things to worry about in terms of getting the character right and the stories right and getting it really funny. Zooey is pretty fantastic and people love her so we have this enormous advantage in that we have the perfect actress in our show which uses her in this great, fun way.

As a director, how do you think you've evolved from your days with Freaks and Geeks?

Well, I was really young when I was working on Freaks and Geeks. In a lot of ways, that was the experience that informed a lot of what I've become and I feel like every experience I have is in some way or another an extension of something that started there. Especially with TV, that was my first experience. I had never worked in television before Freaks and Geeks and New Girl is the first time since that I've worked on a series that is actually a series and not just a pilot. There are a lot of similarities actually between them. They have very different subject matter but the approach and storytelling is very similar. Hopefully though, I've gotten better since Freaks and Geeks...or at least more experienced.