Joel Edgerton on Big Moments, The Thing Prequel, and Avoiding 'The Hollywood Trap' 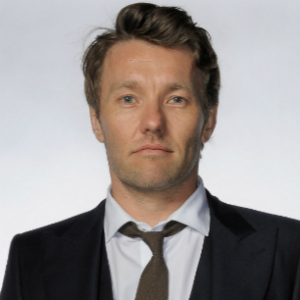 Australian actor Joel Edgerton has been in the business for a good 15 years, during which time he's transitioned from Aussie TV to supporting turns in international films (Kinky Boots, King Arthur, and Star Wars: Episode II -- Revenge of the Sith) and wrote and co-starred in the solid Australian thriller The Square with brother Nash (who directed). But in 2011 -- on the heels of his work in the underperforming but critically-loved Warrior, on the eve of his lead turn in Universal's prequel The Thing -- he seems poised, finally, for his moment in the spotlight.

The thought inspires mixed feelings for Edgerton. On the one hand, a higher profile means he's been able to land bigger roles, like Tom Buchanan in Baz Luhrmann's upcoming adaptation of The Great Gatsby. On the other hand, he admits on the subject of fame vs. artistry, "You've got to be really careful that you're not falling into the Hollywood trap."

Edgerton rang Movieline to discuss his career at large and his work in Matthijs van Heijningen Jr.'s The Thing, in which he plays tough-but-sensitive American pilot Braxton Carter, one of a group of scientific research camp members blindsided by a shape-shifting alien creature in isolated Antarctica three days prior to the events of John Carpenter's 1982 sci-fi classic.

You filmed Warrior in 2009 and The Thing in 2010, but both are hitting theaters around the same time so this feels like the perfect time to talk with you. Does it feel like you've been waiting for this moment, this year?

I don't know! I feel like I've been waiting for a moment all my life. And it's funny; when the moment comes, it doesn't really feel like a moment. I've been banging the drum for so long, I figure at some point it would all culminate into something, except that ironically it sort of feels like the opposite, in a way. I just keep doing my thing and try not to get swept up in it, because I think the moment I get swept up in it all, it can easily evaporate and come crashing down. You know, to me I think I'm just going to keep focused and forward on what I'm doing, work-wise, rather than searching for any kind of meaning in it.

It's always risky to remake a beloved film property. How were you first convinced that re-imagining John Carpenter's The Thing was a good idea, and a worthy project for you to join?

It does answer questions that fans of the original may have, cleverly fitting itself into the Carpenter version in ways.

Yeah, it's sort of like taking the seam and creating a new section of the garment, in a way. It's this great mystery that's sort of left unsolved and in the Carpenter version it kind of just sets up the power and craziness of that alien. And yet as these guys prove, it can open up to create a whole story of its own. I'm very glad they did.

Given the fact that so many people are familiar with the original film, what did you find was the challenge in introducing a new character to the framework in which viewers are already primed not to trust anyone?

It's sort of interesting, because back in the day there was the whole kind of human paranoia, human vs. human, alien vs. human paranoia. It sort of seemed to have a real social relevance in the '80s and I think that same social relevance is here today, which is this question of, 'Who is who?' Who are the villains in society? I guess it would have been Communism that was the parallel back in the '80s, but now there's terrorism and the question of who's out to get who. I think that's an interesting reason why this could be relatable, but I don't think it's worth bringing too much into the foreground because on one hand, it's a piece of entertainment. It's not supposed to be too heavy a social allegory. But I think there is a bit of relevance to it.

Have you seen the finished film already?

Yeah, yeah -- I saw it a couple of months ago, but I think it would have been a near-finished version of it, without the completely finished sound and music.

Visually the film is at times so expansive, and at times quite claustrophobic. Some of the sets were quite large and extensive. Was there an immersive quality to it?

There was such a real care of attention to detail to get the sets to feel and match the whole Carpenter feeling, and in fact the film was pointed in that direction, to give a sense of style and aesthetic and design that kept in with the Carpenter film. Beyond that, I feel like at the same time the filmmakers were not going to deny the sort of scale we expect out of movies these days and the sort of excitement we expect from them. Also, the more modern technology. So it seemed like the whole time there was one eye on the '80s and one eye on the current period, and trying to make both of those things work in the film's favor.

This is the most recent in a string of roles for you in which you play an American. Coming from Australia have you found this to be an interesting development in your career as you break into Hollywood -- the cultivation of a variety of American accents and characters?

Yeah, it is! I always sort of run home and do movies in Australia and I've found a number of productions over here. A number of earlier things that I did that came out of L.A. were films that I shot in the U.K., like Kinky Boots and King Arthur. So I felt like I was getting work out of here then running off to another country to shoot. But it's great participating in these big American movies and I guess what comes with that is then taking on the responsibility of playing American characters. It's funny, I get more and more comfortable with it but at the same time there's a real responsibility to make sure you get it right. Same with Warrior, sort of trying to find a relatability to the working class -- Pittsburgh, working class, a fighter. All of those elements. The accent is just one element. But there's a real responsibility as an actor to make sure you get those things right. I find it a responsibility to myself, out of fear of being crucified. [Laughs] I don't want to end up on one of those 'Worst accents in film' lists.

Looking back on the transitions you've gone through in your career, do you feel you've had to become more careful in your choices of roles and projects in the last few years as your star has been on the rise?

Yeah. I mean, I don't know how it is for other actors but I assume it could be a similar course. When you first start out, or when I first started out, it was just work -- do whatever you can. Get noticed, get people hiring you. The only way for you to show what you can do is to actually do. You can't really be picky when no one is offering you anything. And then, if you're lucky, things start to roll along. But even still, there were never millions of choices. It was all about finding the projects that I liked and tackling them to the ground. Convince directors that I was the right person for the job. When you don't have a high profile, quite often you just can't get the jobs that you want. So it's a kind of lovely, fortunate position where I can work all the time and I have options of working on various things. And strangely enough, just when I thought it was going to get easier it's still on some level a little tougher, because you're always looking for that right project and you want the challenge. Sometimes it's tougher because where it all really boils down is taking bigger paychecks to do less interesting work. And if you really see yourself as an artist or as an actor you like a challenge anyway. You've got to be really careful that you're not falling into the Hollywood trap, you know? For me, it's just like I have to remind myself of what keeps me going and what kind of challenges. It's really about the process and not the result. One of the most unforgiving and upsetting and traumatic experiences is releasing a movie.

Moreso than filming it, then?

Yeah! I find it traumatic! I just want to make the things and it'd be great if I didn't have to -- I mean, I'm proud of the movies I make and I'm proud of the movies I do, but there's something about talking about the process that can feel like it reduces the actual experience of the thing. When you're in the trenches doing the work, that's exciting. I guess when the movie gets released I'm just reminded of the sad aspect of the fact that it's all just a business as well. What I really love, and this is probably also on the publicity side or the press side, is that so many of the journalists or the press who talk about movies are actually fans of movies. The fact that there are so many websites that are dedicated to movies, it seems to me the right people are talking about the movies because they're the people who are interested in seeing good movies and are waiting for movies to come out and want the best from movies. That's why, hopefully, we're all in the business.

On a semi-related note, you and your brother Nash broke out of the Australian film scene together with projects like The Square, and you wrote, directed, and starred in a short film called Monkeys. So on the one hand audiences see you in these increasingly high profile Hollywood films, but do you intend on keeping a foot in the independent world?

Blue-Tongue Films is a big important thing for us, and it's also a part of the reason why I'm doing what I'm doing on this bigger scale. I've kept my interests all the way along via the things that we write and the stories that we generate, and that's so important to me. It's important to me that we make Australian films and Australian product. Blue-Tongue will continue to make stuff there and start to open up things here in America. But being a writer has taught me a lot about being an actor, and being an actor has taught me a lot about being a writer. Reading a lot of screenplays in America has taught me more about being a writer. So I feel like the whole creative process, one thing feeds another. And it keeps me in love with what I do, which makes me just an all-around happier person. It feeds that back into the work. So it allows me to not get too easily cynical and gives me an outlet that I feel really happy about. It gives us something to be proud of. And it teaches me more about the whole process of moviemaking, which as an actor you're sometimes a little guarded and shielded from the reality of.