Thanks to Lion King 3D, Disney Will Re-release Beauty & the Beast, Little Mermaid, and More in 3-D 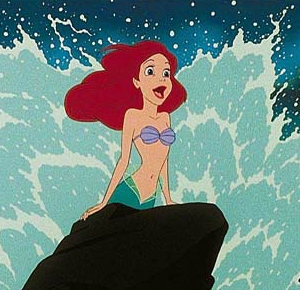 "Look at this stuff, isn't it neat? Wouldn't you think my collection's complete?" Insert "piles of The Lion King 3D cash" for "stuff" and you'll see why Disney's planning to roll out even more retro hits in similar fashion in the next few years. Why leave those catalogue classics in the vault when they can bring in as much as $80 million more a pop?

Having proven that giving older films a shiny new 3-D facelift can bring in the dough, and how, Disney announced that they'll give four additional films the Lion King 3D treatment in 2012 and 2013: Beauty and the Beast, The Little Mermaid, Monsters, Inc., and Finding Nemo.

Each of the four films selected for re-release were critical and commercial successes upon initial release; Finding Nemo in particular counts among the highest-grossing films of all time just beneath The Lion King, having brought in $867.8 million during its 2-D theatrical run.

It's easy to criticize the move as a blatant cash-grab, but really; audiences made The Lion King 3D number one at the box office for two weeks, so it clearly fulfilled a demand among the family demographic. The next four Disney re-releases aren't quite as universal in appeal if you ask me (excluding The Little Mermaid, which is one of my childhood favorites and the sole offering of the bunch I'd pay to see in theaters again). And if Disney makes a killing bringing great films to a new generation of tykes, then more power to them.

My only quibble: Why do I have to wait two more years to see Ariel flippin' around on the big screen??