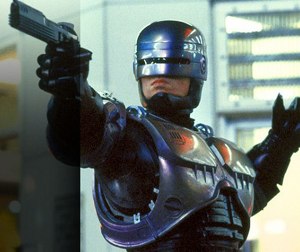 Love the fire, Jose Padilha, but come on: "I love the sharpness and political tone of RoboCop, and I think that such a film is now urgently needed. [...] But I will not repeat what [original director Paul] Verhoeven has done so clearly and strongly. Instead I try to make a film that will address topics that Verhoeven untreated. If you are a man changes into a robot, how do you do that? What is the difference between humans and robots developed? What is free will? What does it mean to lose your free will? Those are the issues that I think." [Film 1 via The Awl]