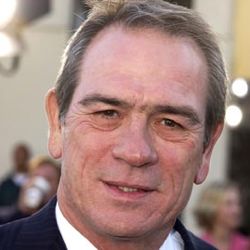 Joan Rivers may not love Tommy Lee Jones, but as the Oscar-winning actor turns 65 today, we recall only his most lovable moments at the cinema. He debuted in Love Story, but the bulk of his career has been spent playing gritty figures, real-life men of intrigue and Will Smith's crisply suited confidant. What's his best performance to date?

Like Paul Newman or Jack Lemmon before him, Tommy Lee Jones won an Oscar, but not for his best work. Does anyone ever rent The Fugitive and think, "Can't wait to watch an Oscar-winning performance"? Jones and Harrison Ford play a suspenseful game of cat-and-mouse, but is that enough to warrant a statue? Over Amon Goeth? I think not.

Let's talk about more affecting work: Though there are certainly strong arguments for Lonesome Dove, JFK, In the Valley of Elah, and No Country for Old Men, I definitely love Tommy Lee Jones most in Coal Miner's Daughter. Though Sissy Spacek delivers the powerhouse performance as Loretta Lynn, Jones is so believable and familiar as her husband Mooney. It's also a great departure from the roles that would later define him. This simple exchange between the young couple is a work of art.

What do y'all think is best? Be as critical as you want. Here's what Tommy thinks of your opinions: