Stephen Lang on Conan the Barbarian and Character Roles: 'I Don't Mind Being Typed Right Now' 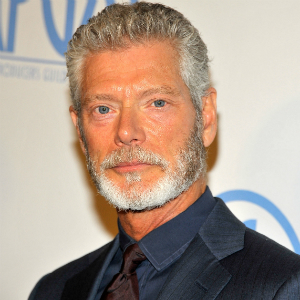 Actor Stephen Lang, award-winning veteran of stage, film, and television, earned his biggest success to date playing the hardened Colonel Miles Quaritch in James Cameron's Avatar. But in the wake of Avatar, the character actor was looking for a departure of sorts, and he found it in the mythic fantasy landscape conceived by Robert E. Howard playing a bloodthirsty warlord in Marcus Nispel's Conan the Barbarian.

Lang, who's built a film career out of playing various sorts of cowboys, villains, lawmen, and strong-jawed types, seems to seek variation within the mantle of character actor while simultaneously straining against it. "I think if I'd been offered sort of a paler version of Col. Quaritch from Avatar, it wouldn't have interested me," he told Movieline during a conversation at Comic-Con last month, where Avatar cos-players have been known to walk the halls in full Na'vi gear. And yet, if filmmakers come calling with him in mind for another authority figure type of role, that's still fine. "In a way, I don't mind being typed right now."

Movieline caught up with Lang to chat about his work in Conan the Barbarian, his possible return to the Avatar franchise, his philosophy when it comes to choosing projects, and the uncanny resemblance his Conan character Khalar Zym bears to the warlord race of another iconic genre property.

Conan the Barbarian seems so different a role for you, even considering that you've been acting for so long and have played so many varied characters. Were you looking to branch out with this particular role?

Well, when they sent me the script I thought the role was terrific. I thought it was an opportunity to really do a transformation. Right away I knew I wanted to do something in which I'd be unrecognizable, where the role would really take over. And I love action films, particularly something that takes place in such an exotic [setting], and the weaponry would be strange and different and it would be really demanding. So I was really looking forward to it.

About your character's look -- you wanted to be "unrecognizable" and Khalar Zym is certainly a transformative role for you. He looks almost Klingon-like, even.

You know, I've heard that once or twice actually and I'm not actually a devotee of that franchise at all, so that's an unintended parallel, for sure. [Laughs]

All of the villains in Conan have striking, interesting looks - Rose McGowan's character Marique as well. You two make quite the pair.

Yes, she's wonderful. She plays my daughter. But I thought the departments did a superb job in bringing it to life. You know, that land that Robert Howard describes -- it's unlike any other, so you have to bring something hopefully unique and very vivid to it, and everybody did.

Speaking of unique takes on the material, Jason Momoa's Conan is such a departure from the iconic Arnold Schwarzenegger portrayal. How did you two get along and strike your chemistry on set?

Well, I didn't know him when I showed up but I liked him from the first day we started working together. He's very powerful. I thought we were a good match-up together, we were strength to strength, I thought. He's just an all-around hard worker, he's a lot of fun to act with and very improvisational. We had a good time together! To me, he is Conan. No question of it, to me. He looks it and he really breathes it.

When I spoke with him he described the feeling of having to prove himself after doing Baywatch. Have you felt anything similar in your career, wanting to show audiences or the industry that you could do something wildly different than they might expect?

I guess so, I'm sure it's crossed my mind at times. I think when you look at roles, even looking at Khalar Zym, the idea of doing another... what I don't want to do is repeat myself. And I think if I'd been offered sort of a paler version of Col. Quaritch from Avatar, it wouldn't have interested me. But part of what is interesting to me about doing a part like this is you really get a chance to spread your wings, to really show other colors that you've got. So I always look for that. I don't know if it's a question of proving myself, I don't worry about that too much anymore, but I suppose in some sense you have to prove yourself every time you go out there.

Avatar was among your many character roles, but your portrayal of Quaritch was instantly iconic to audiences. Did you find you were getting a lot of similar offers after that?

Yeah, but I think the first thing I did after, and even while I was working on Avatar, was Public Enemies, which was very, very different of course. But also kind of an iconic kind of a role. Over the years I've played everything from cowards to heroes and if at this stage of my career people think of me to play authority figures, whether they be in the future or whether they be in the mythic past, whatever -- that's cool. [Laughs] in a way I don't mind being typed right now.

That said, how do you think you'll be involved in the future of Avatar?

Well, I can't comment or speculate on that now. I think everything in that is something that is for another Comic-Con, down the line.

How much do you enjoy coming to gatherings like these, interacting directly with fans of your films?

Oh, Comic-Con is a phenomenon unlike anything else. I think it's great to be with all the fans, I mean they really are the reason that we do it in the first place. And to see the passion and affection they have for certain characters, for certain franchises... it's fascinating, for one thing, and it's nice to be on the receiving end of it. It's like rooting for a team you love; people get very passionate and they really throw their hearts into it.

Conan the Barbarian is in theaters now.