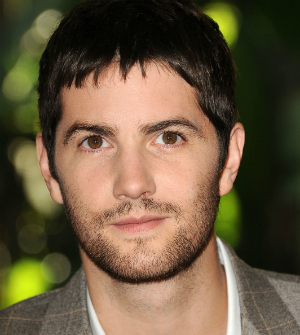 In Lone Scherfig's One Day, adapted by David Nicholls from his own novel, young Brits Emma (Anne Hathaway) and Dexter (Jim Sturgess) meet cute on the last day of college and spend the '80s and '90s flitting in and out of each other's lives. As the pair grows into adulthood, they begin to realize the love that existed between them from the start -- even if neither can fully see it. The film -- which occurs on a single day of each year throughout the relationship -- is not just about romance, however; it's about maturing, making mistakes and the memories we hold on to from precious moments spent with the ones we love.

One half of One Day's central duo is Dexter, a privileged young man and successful TV presenter who can never seem to grasp what's in front of him -- namely, the bookish and beautiful Emma Morley (Anne Hathaway) -- but whose crippling insecurities and weaknesses reveal themselves tragically in the eyes of Jim Sturgess. The 30-year-old London native -- who earned his big break in Julie Taymor's Across the Universe -- here plays an altogether different leading man: One who's so deeply flawed that he borders on unlikable until he becomes the vessel for One Day's most poignant lessons on life and love.

Sturgess rang Movieline from New York to discuss his work in One Day, why David Nicholls's script hooked him, how he's avoided the pitfalls of fame that plague his character, and how directing music videos may led him to where he is today.

You didn't read the book before reading the script; what was your reaction to how the story played out cinematically?

Yeah, I mean the screenplay was sent to me so I read the script first. I'd not read the book, and I was quite glad I read it that way round because I didn't judge the script -- do you know what I mean? I read the script as a script and as a film, as it would be playing out. I was interested even then, it was so well written. Like everybody, I was intrigued, and frustrated, to see how these two people would try to work out their relationship. Then bowled over and knocked out when I suddenly realized [spoiler redacted].

I know! It does knock the wind out of you.

Yeah, but at the same time I was like, 'This is great,' I'm so pleased they had the balls to do that.

Did the story make you cry, like the movie is going to make so many people weep?

Following your film career has been interesting -- your big break came only in 2007, a few years ago. But in that short time you've established yourself as a dramatic, romantic actor; your biggest action role is probably the one in which you're an animated owl. Do you consider yourself a romantic lead type of actor?

[Laughs] I don't know! I suppose that The Way Back, in a way, is incredibly romantic as well. Across the Universe had romance intertwined with it, I guess 21 had a bit of a relationship, but I don't really feel that I've done that much that's really romantic. Which is really why I was interested in doing this film, because it was an all-out romance film and I felt like I hadn't really done something like that before. But certainly, Across the Universe has romance in it, for sure. Just singing one of those Beatles songs is going to sound romantic!

When you were cast in One Day, how did you initially strike up that all-important chemistry with Anne [Hathaway]?

It was completely out of my hands, really -- we met each other and we either sort of got on or we didn't. I didn't prepare to create some sort of chemistry or anything like that, but we had to meet in Los Angeles. I can totally understand why, everybody just wanted to see us in a room together and see how that felt, because it was such an important part to the story. We met and had a chat and hung out with Lone for a little bit, then we went over some scenes and they filmed it to see how it looked and how it felt, whether we were able to create that sort of chemistry that Emma and Dex have. But Anne is so lovely, so easy to get along with.

In One Day, your character Dex is the complicated one -- the film really follows his journey. How would you describe the emotional arc you went through in portraying this character over the course of 20 years? Not that his story parallels your life, but he also has a brush with success in the entertainment world very early on and then has to learn the hard way how to deal with it.

Yeah. That was what was so good about it, was that he goes through so much and he changes so much. He makes so many big mistakes and learns and moves on, so he's constantly sort of changing. That was interesting to play, and the challenge for me really was that I wanted people to be on his side. I didn't want people to just find him obnoxious and arrogant and irritating, and Lone [Scherfig] was key in -- we would discuss that it was important that you felt that these people were friends. You had to like something about him and believe that Emma really liked him, otherwise he was just really irritating and annoying. So we worked quite hard to tread that fine line between arrogance and obnoxious behavior and to find the insecurities, the vulnerabilities that create that kind of behavior. He goes through a lot, and he goes through a lot of traumatic events in his life, and it was fun to play someone so flawed, someone who makes those kinds of big mistakes. Bad life choices, you know?

Have you had to make efforts to avoid a similar fate as your star has risen over the past few years?

No, not at all. I sort of feel like you're either that kind of person or you're not, really. That sort of life seduces you or it doesn't; it takes a certain type of person to want to be famous without having to do anything, where the fame itself is what you want. Normally it's a byproduct of something else. But for him, he just wants to be famous and rich, as a lot of people in the celebrity world want to do. But I don't feel like that's ever affected my life in that way.

You've done such a variety of films, big and small -- do you feel that your film choices reflect that?

Yeah, and I really like films -- lots of different kinds of films -- and I'm trying the best I can, whatever the film offered to me, to try and pick something that's slightly different each time, as much as possible. So after doing a musical, it was interesting to do a full-on period film, and then it was great to do a sort of slick, Hollywood movie with 21. Then it was really sort of what I could choose, because 21 opened up a lot of doors, really. That's really when the choice part of it came in, because before then I was just desperately trying to get a job, do you know what I mean? Then after 21 I was able to make some choices. 50 Dead Men Walking was a really exciting film that I enjoyed doing. I worked on a British film called Heartless which I really liked. Then I did The Way Back with Peter Weir. That was something really special.

Your upcoming films include Ashes, with Ray Winstone and Lesley Manville, which judging from on-set interviews seems like it was a great acting experience.

It was. That was directed by a young British director called Mat Whitecross. It was a really great experience -- I mean, there was no money at all, it was a low-budget film. I'm really excited to see it because Mat is such a huge talent and it was really exciting just to make a film with someone of my own age, you know? There was a sort of mutual respect there with each other. Normally you work with older directors who are so experienced and you look up to them so much, and for the first time I thought, 'Well, I've made a few films now, and he's a young director,' we felt like we were on a pretty even playing field. [Laughs] And I really enjoyed that experience, with Mat. We got on really, really well. It reminded me of when I used to make my own films, and short films, student films, that sort of thing. There was a group of us... it had that same energy, that same sort of spark about it.

You directed a few music videos back then, didn't you?

Yeah, I used to. I was into that sort of stuff. I mean, that's how I ended up getting into the band, because I was directing a music video and sort of muscled my way in.

Given that beginning, do you have any interest in directing feature films in the future?

I don't think about it at all! You work with all these incredible directors who are really at the top of their game, and you just think, 'What could I bring?' But had I sort of carried on doing what I was doing, and maybe gone down this production path rather than the acting path, maybe it would be different. But I think you need to just be making films all the time to get as good as those guys!

One Day is in theaters Friday.