Report: Mike Myers is Back for Austin Powers 4 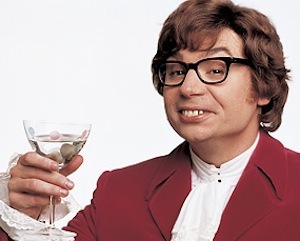 It has been ten years since Mike Myers last brought his swingin' 'tude and awful dentistry to international man of mystery Austin Powers, and perhaps for good reason -- by the time Myers rolled around the 1970s with Beyonce's Foxxy Cleopatra in 2002's Austin Powers in Goldmember, the series had lost some of its driving mojo. Now, after taking a decade to recharge, the franchise is said to be headed back to the spotlight with a new sequel, according to a report by HitFix's Drew McWeeny.

While a fourth Austin Powers film had been long-discussed, it seemed star Myers wasn't quite ready to reprise the character. Director Jay Roach previously told Movieline he was waiting for the day Myers was a go -- and the time may be now for a new sequel to move forward.

Confirming that Myers "just closed his deal to return to the role," Hitfix reports that Austin Powers 4 is officially on. No further details are available regarding a director or plot, but Roach recently filmed Game Change for HBO and was set to begin filming the political comedy Southern Rivals, with Will Ferrell and Zach Galifianakis, this fall.

So... are we ready for "Yeah, baby!" to re-enter the pop cultural lexicon?