I don't love Black Swan. I barely even enjoy it! I barely even get what there is to enjoy. It boasts the hammiest dialogue of the past Oscar season? It's the most transparent psychodrama in film history? It can't establish a tone, a fully believable character, or consistency because it resorts to camp at every turn? I just don't know. But if Friends With Benefits star Mila Kunis ever starred in a Bad Movie We Love, it's this. (Sorry, Krippendorf's Tribe -- you're just bad.) There's an argument for its inclusion in our weekly feature, and reservations aside, I'm picking out five utterly bizarre instances in Black Swan that justify that inclusion. I will now recite them diplomatically!

Since Black Swan just happened six months ago, I'll tax you with only a speedy plot recall: Natalie Portman is definitely a ballerina named Nina, and she wins the dual role of the white and black swans ("the swan queen") in a rejiggered version of Swan Lake. Her overprotective mother (Barbara Hershey) is overprotective. Her ballet instructor (Vincent Cassel) is a perv. She finds a rival in the dark new girl Lily (Kunis), who wears black swan makeup as a life choice. Through not-so-quiet directorial choices, we gather that the "perfection" required for the dual role is taking a toll on Nina. Will it be the death of her? Let's hope there's some horrible expository dialogue to explain her plight.

Of course, the movie went on to score a number of Oscar nominations (including Best Picture), and Portman won Best Actress. Before we launch into our quintet of lovably awful quirks, I pose a critical thinking question: How is Portman's Oscar win even justifiable? What is the arguable argument? Portman's certainly fine as Nina, playing the beleaguered pixy with grace and asthmatic terror at the right moments -- but this isn't close to an Oscar-worthy character. Did Janet Leigh deserve an Oscar for Psycho? Tippi Hedren for Marnie? We're dealing with a Hitchcockian protagonist whose arc is merely an extension of stylish direction. A sharp profile made sinister with light cues and post-production finessing. And against Jennifer Lawrence, Annette Bening and Nicole Kidman, who turned in stunning performances as fully conceived, fully lit homo sapiens in Winter's Bone, The Kids are All Right, and Rabbit Hole, Portman's win is too much to handle, still.

But enough of that vitriol. I can play the white swan too. Onto lovable badness:

5. Winona Ryder stabs herself in the face, presumably after watching Mr. Deeds 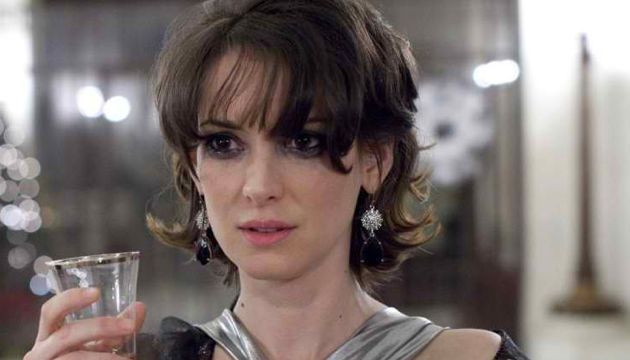 Winona Ryder's role in Black Swan is also an archetype, but at least it's a broad, fun whodunit mold: the aging prima ballerina who forfeits her marquee stardom to ingenue Nina. As Beth MacIntyre, Ryder gets to be drunk, self-harming, and even dash into traffic like an ambitious ferret after a traumatizing gala event. She truly comes alive (in an undead way) thereafter, strung up in the hospital with bandages and braces. When a guilt-overcome Nina goes to visit her, a hallucinatory vision floods the screen and suddenly the vibrant Age of Innocence star is, for some reason, plunging a knife into her own face repeatedly. Is it jarring? Sure. Is it... Winona Ryder stabbing her own face? Yes, more importantly. I have nothing else to add to that gift.

4. Vincent Cassel would again like to know if Nina can play the black swan.

First of all, allow Cassel, who plays Nina's purring, consummately cliche coach Thomas Leroy, to tie up the drama of this movie using a bit of metaphorical, teacher-y dialogue early in the film. "We all know the story [of Swan Lake] -- a virginal girl, pure and sweet, trapped in the body of a swan," he begins. "She desires freedom, but only true love can break the spell. Her wish is nearly granted in the form of a prince, but before he can declare his love, her lustful twin, the black swan, tricks and seduces him. Devastated, the white swan leaps off a cliff and in killing herself, finds freedom." Did you like that subtle parallelism? Children? Do you also like Mr. Feeny's head-of-classroom monologues on Boy Meets World, because that's the level of witty scripting we're dealing with here. If a downtrodden Rider Strong turned out to be the black swan, I'd have cheered.

But I confess, I kind of love the lame exposition. It is unashamed! This is a shameless movie. And when it runs out of expository stuff, it just starts repeating itself. On no less than three occasions -- between rounds of yelling at Nina to "attack it" -- does Thomas blurt some variation of, "Very good, Nina. But your performance as the black swan is not dark, dangerous, and Mila Kunis-y enough. Boo!" Like most good Bad Movies We Love, Black Swan prefers you don't think for yourself -- It will just tell you the subtext in block-quote form, like a friend reading Cliff's Notes at you before a sixth-period quiz. 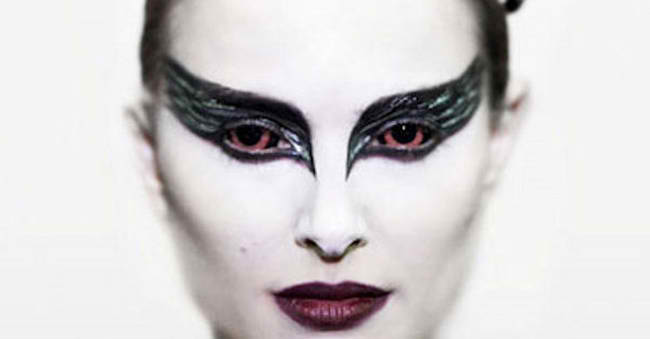 The point of a psychodrama (Rosemary's Baby is the example that keeps springing to mind) is that we have only a hazy idea of what's up with the characters. We can make assumptions, but we rarely know what's real or imagined, projected or fabricated. Black Swan even sweeps away that ambiguity, establishing Nina as a hyperventilating paper doll within the first few scenes -- nay, moments. Bloggers Tom and Lorenzo said it best (and most dismissively): "She starts off at about an 8 on the crazy scale (of 1 to 10), stays there through the entire movie, and then in the final act jumps to ten. There is no progression to her madness nor is there really any question that she's crazy. It's 'watch a crazy girl get even crazier.' That's pretty much the plot." Indeed, the mystique of Nina's condition is really in its stagnancy. She's insane for awhile, and then insane later too. In one early scene, she sees the eyes on a painting move. Which is nice and Hanna-Barbara-y. Soon, as you likely remember, she jams her broken toes and bleeding fingers into the camera, pulls feathery pricks from her own skin during some of the super swanny delusions, and finds herself amid completely self-invented sexual scenarios. What are we supposed to think at this point? "I hope she's OK!" "She's going to be fine." "Maybe she'll fly soon." Black Swan's craycray level is violent in its obviousness, and steadfast in its obliviousness. We see what's up, Darren. She has a cygnus! Take her to a squawkspital.

2. There seems to be a black-and-white motif going on here!

Unless you are colorblind in some legendary way, you notice in Black Swan that a black-vs.-white dichotomy looms with the sophistication of, say, a film noir-referencing episode of Muppet Babies. Nina, who is only great as the white swan, wears a feathered white scarf early in the film. Lily, who is a fine black swan, wears black. Unsatisfied coach monster wears a white shirt with a black scarf, since he preys on both ladies. The colors stand at odds like Goofus and Gallant, illustrating precisely the elements (well, element) of conflict. I reveled in the illusion once I decided to believe Black Swan was always about to morph into a Bjork video, with swan dresses jolting to the fore at a moment's notice. Natalie is "It's Oh So Quiet" Bjork, Mila is an ursine "Hunter" Bjork, and together, they comprise the fulgent "Big Time Sensuality" Bjork. Michel Gondry is dissolving into tears!

1. Barbara Hershey and her dramatic interpretation of "Macarthur Park" 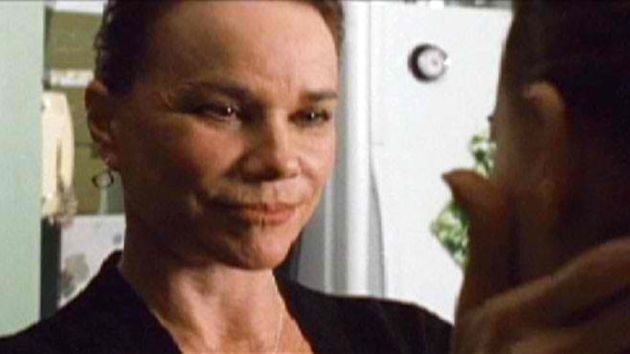 And now, for Black Swan's truest moment of campy gusto: Barbara Hershey, who emits Tawny Kitaen-meets-Dianne Wiest realness in this movie, is an incomprehensible zealot as Nina's mother. When Nina lands the starmaking part, her mother beams with glee and offers her a cake. A cake. "Our favorite!" she declares. "White with strawberry frosting!" Nina, who is a ballet star who does not eat cake, declines a large piece. "FINE," Mrs. Scary Mom booms, "THEN IT'S GARBAGE," before stomping off to discard the thing. It's just a 10-second segment -- and later Hershey scintillates more when she appears in Nina's room during one of her masturbatory delusions -- but in this instant, she combined wild wailing and cake drama, making for one hell of a tribute to Donna Summer's "Macarthur Park." And that, my dears, is the loveliest bad thing on the planet. Here it is, the original Black Swan: