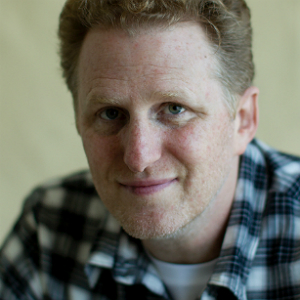 Actor Michael Rapaport was such a passionate fan of hip-hop legends A Tribe Called Quest, it's almost tragic what happened after he was granted permission to film the group, reunited after disbanding in 1998, for his directorial debut in the documentary Beats, Rhymes & Life: The Travels of A Tribe Called Quest. Having captured incredibly intimate footage of members Phife Dawg, Q-Tip, Jarobi White, and Ali Shaheed Muhammad -- along with a veritable oral history of the '90s-era Native Tongues hip-hop movement culled from musical luminaries of past and present -- Rapaport found himself on the outs with A Tribe Called Quest just as his passion project was on the brink of a distribution deal.

Tribe members Q-Tip and Ali Shaheed Muhammad went on MTV to voice their concern over the film; Q-Tip tweeted, quite plainly, that he did not support the documentary or its director. When Beats, Rhymes & Life debuted at the Sundance Film Festival, where it landed a distribution deal with Sony Classics, only Phife Dawg made the trek to Park City to support Rapaport and the film.

And yet, when Beats, Rhymes & Life played the L.A. Film Fest last month (where it won the Audience Award for Best Documentary), Tribe's Jarobi and Ali joined Phife to celebrate the film, which lovingly, and thoroughly and incisively, documents everything from Tribe's rise in NYC, to Phife's debilitating illness, to the personal friction between Phife and Q-Tip that seemingly led to the group's break-up. Q-Tip, however, was nowhere to be found. And so Rapaport the fan, who'd become Rapaport the documentarian, and then Rapaport the vilified filmmaker, found himself in the strange position of having crossing his idol-turned-subject, despite having moved mountains to appease him. Or, as he told Movieline via phone days after the L.A. Film Fest: "If Spike Lee was directing this movie, he would've been like, 'Get the fuck outta here.'"

Congrats on the L.A. Film Fest win. How did it feel when you heard the news?

It felt great. I was excited, because I've never won an award, so to find out that we won was very, very flattering. I was on a plane so I couldn't celebrate the way I wanted to celebrate, which is probably better. Because if I had been at the awards ceremony they would have been like, "Listen, buddy, it's the L.A. Film Festival award, calm the fuck down." I'd have been thanking my teachers, my dad, my mom, my dog... So it was cool.

Taking it back to the beginning of the film -- what did you originally hope to achieve when you first began filming A Tribe Called Quest?

What I originally wanted was to just look at the group, examine the group, and sort of do an overview of the past, present, and potential future of A Tribe Called Quest. I wound up getting that and a lot more, which is the happenstance of documentary filmmaking which is nothing you can plan or contrive. It's just the way things worked, and it worked out for the better because it made for a film with more depth and more emotion. You know, A Tribe Called Quest's music -- I think for the fans who listened to it when it first came out and the people who listen to it now, it's very emotional music which provokes an emotional response. That's why you love A Tribe Called Quest. You possess them, like any good piece of art that you respond to. You take possession of it because it takes possession of a part of you.

Hearing you speak about Tribe and their music, it's clear you're a fan and passionate about their work. How tricky did that make it once you assumed the position of documentarian and the impartiality that comes with it?

You know, I tried to stay very neutral. I never judged them as people. And I didn't expect them to be perfect guys, just like I don't expect or try to present myself as a perfect person. Under the auspices of Tribe Called Quest, you know, they were like superheroes -- Q-Tip the Abstract Poet and Phife Dawg the Five Foot Assassin, Ali Shaheed Muhammad. These names, and what they did musically, and the things they talked about, they were larger than life. Particularly in hip-hop, like Big Daddy Kane, Grandmaster Flash and the Furious Five... they're like comic-book characters. They're larger than life, and they have these larger than life personas, but as human beings I didn't expect them to be flawless and to be perfect. Their characters and who they play in the group are different than Kamaal Fareed, and Malik Taylor. They're just regular guys, just like I'm a regular guy.

So as a fan I knew that, and I didn't expect anything less. I didn't judge them and I didn't meddle in their affairs or their disputes while I was making the movie. The most meddling I ever did would be to ask, "Did you ever talk to him about that?" "Did you guys ever discuss this?" A lot of times the most surprising thing was, "No, we never did talk about that" -- like the group breaking up. I was like, damn. Like most relationships that aren't going well, I think communication was the biggest thing that was lacking.

There's a scene in which Phife's wife suggests, and not for the first time it seems, that he and Q-Tip go to therapy together, but it seems like they'd never do it.

Right, no. I don't think that's going to happen. But also, that's not for me to suggest, that's for his wife to suggest. It played out really funny on screen because of the way she asks and his response. He's like, "Hell naw, I'm not doing that."

You captured a lot of emotionally charged moments between the members of Tribe. Did it take a lot of time for them to learn to trust you being there with the camera?

The emotionally-charged stuff was the stuff I got first, so it was very quick once I got access to them. They were very open and honest and trusting, I guess. You'd have to ask them when they started trusting me. But like I said, this sort of tenuous relationship, the interpersonal stuff that goes on within the group, that was given to me early on in filming.

And you built the rest of the film around that?

I built the rest around that.

Interesting. The other big component of the film is the rich musical history of Tribe within the Native Tongues movement; it was only by the credit roll that I realized just how many musicians and rappers you'd spoken to for the film -- so many more who didn't make it into the movie.

I know! You know what's fucked up? There are some people that I didn't even get into the end credits. You only have 95 minutes to do so much and to tell so much, and it's a story that spans 20-something years from four people's perspectives. It's not an easy thing to take on.

Which interviews that didn't make the final cut were the hardest to leave out?

Talib Kweli and Mos Def were very insightful and gave great interviews. Obviously there was more Tribe stuff. There was a lot more stuff from the Jungle Brothers and De La Soul that I had to cut down. There were scenes about J Dilla, who's very respected now and close to Tribe Called Quest, that got cut out. There was more on Busta Rhymes. There was really a lot of stuff that had to get cut out, but at the end of the day I had to keep it about Tribe Called Quest and the four guys.

This is your first film as a director, but it's got a really strong visual style and, of course, Madlib did the music. Getting great footage is one thing, but putting it together in such a layered way seems like the real trick to a movie like this.

It is, and that all comes from the editing. Visually I had an idea in my head; I wanted to treat the group the same way you would The Rolling Stones, the same way you would shoot The Doors. As stars, as larger than life, but piecing that stuff together -- the stuff I shot, the archival footage, all the interviews, it's all editing. And being diligent, patient, overwhelmed, scared to death, and eventually exhilarated when something comes together in the editing room.

Do you feel like you learned lessons in directing film from the directors you've worked with?

Yeah, I've learned a lot of things. Obviously I've never been on a documentary set, but how to run a set, what's needed to get the best out of people. Being on a set and telling a story... I've worked with some of the best, and being around them and seeing how they pull things out of some people definitely helped me and inspired me. I felt confident. The place that I felt the most insecure was the editing room, and the place where I felt the most confident was any time we were shooting. Eventually I got more confidence in the editing room, but in the beginning I was like, "What the fuck am I going to do here?" Especially because I knew that I was given such great content so early, there was no excuse.