Tom Hanks and Robert Zemeckis Could Re-Team for Major Matt Mason, and 5 Other Stories You'll Be Talking About Today 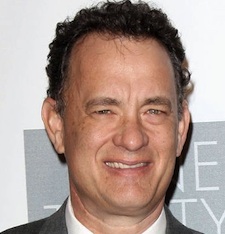 Also in this Monday edition of The Broadsheet: Navy SEALs continue to be hot right now... James Badge Dale enlists in World War Z... Ben Affleck casts an Oscar winner in his next directorial outing... and more ahead.

· Tom Hanks' Playtone Productions is going to be quite busy over the next few years. In addition to planning an HBO series adaptation of Neil Gaiman's American Gods, Playtone will potentially team with director Robert Zemeckis for the 3D family adventure Major Matt Mason, based on the Mattel action figure. Hanks himself would star, as well as write the script with Graham Yost. If this all sounds familiar, that's because a Hanks-led Major Matt Mason has been in the works for over two years. [THR]

· Relativity Media has acquired the rights to the finished Navy SEALs action thriller Act of Valor. The film -- which stars unknowns and real-life SEALs -- "had unprecedented Naval access resulting in high-octane combat sequences and never-before-seen military operation scenes which are composited from actual events in the lives of the men appearing in the film and their comrades." Relativity will slot Act of Valor on the schedule in 2012, likely over President's Day weekend in February. [Deadline]

· In other casting news, Ben Affleck would like Alan Arkin to co-star in Argo. The Little Miss Sunshine Oscar winner would play a Hollywood producer in the Affleck-directed Iran hostage drama, which focuses on a C.I.A. scheme to get six American diplomats out of Tehran in 1979. [Variety]

· The Tony Awards took place on Sunday night, and Book of Mormon and War Horse were the big winners. [NYT]

· Bruce Springsteen's E Street Band saxophonist Clarence Clemons has suffered a stroke, according to "a person who has worked with Clemons in the past." No further information is currently available. [AP]