By now, Super 8 has either rekindled your fondness for Steven Spielberg's whimsy or -- well, it hasn't. Either you embrace nostalgia and the comforts of epic, innocent fantasy, or you're purposely done with them until another Toy Story comes out. I sympathize with the latter option, especially if you think the keywords "Steven Spielberg" and "innocence" call to mind Hook, the 1991 kiddie blockbuster that asks, "What if we took the story of Peter Pan, threw it out, and invented an unrelated story about a grumpy man who begrudgingly saves his kidnapped children?" Tah-dah! Yuck. And yet, I found a few reasons to love this troubling movie. Chortle with me as I rank them!

Let's start with some gentle hatred: Hook is way too mopey and 1991-riffic (synonyms) to be considered a sequel to or variation on J.M. Barrie's Peter Pan. Not even close. That's like if Katy Perry released a squawky, gawky cover of Kate Bush's "Wuthering Heights" and credited Emily Bronte as an active co-writer. My god, please! No literary cred for you, Katy! Similarly, we're bearing witness as Spielberg straps a cupcake bra to a children's classic and plunges roman candles thereon to guarantee a nine-figure explosion at the box office. Taste flies right out the window with the frosting.

Hook is based on an idea Barrie had to write a story about Peter Pan's adulthood. It never came to fruition for undisclosed reasons, but I imagine one of them is that the story of Peter Pan is just too timeless for a foray into middle age. You don't need to update something that's chronically relevant (or chronically chronic). I forgive Spielberg for the error in judgment because there are five giant reasons this 140-minute movie is worthy of love in 2011, and I'm prepared to recite them like wee ole Smee. 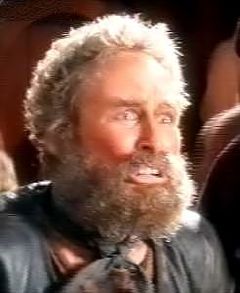 Hook gives us Robin Williams as a grown Peter Pan who has officially mutated into a corporate schmuck. When he takes his family to visit his childhood orphanage run by the now-80-year-old Wendy (played by 56-year-old Maggie Smith), a hook-handed vandal kidnaps the children and whisks them off to what appears to be a well-embellished miniature golf course called Neverland. Peter must reconcile his long-buried past, venture to Neverland with the just-arrived Tinker Bell (Julia Roberts), and save his spawn from Captain Hook's (Dustin Hoffman) grasp. Do we need more characters? Spielberg insists we need not just an Emerald City's worth of walk-ons, but enough celebrity appearances for a few seasons of ABC's Hotel ('83-'88). Phil Collins plays a police inspector; sci-fi vet Nick Tate turns up as a dueling pirate; George Lucas and Carrie Fisher appear as a canoodling couple; Spielberg godchild Gwyneth Paltrow debuts as young Wendy; David Crosby and Jimmy Buffett join Hook's crew and wear their everyday clothes to blend in. And before you can wonder whether one of the Lost Boys is a growth-stunted Goonie, you see Glenn Close playing a male pirate (pictured) who Hook jettisons in the first 45 minutes. Patty Hewes would've argued her way out of that phony beard.

4. Aw, the delightful torture of children

You have to wonder why Spielberg sensed mass audience appeal in a movie that repeatedly shows Peter's kids getting kidnapped, hauled off, suspended in a pirate net, or begging for mercy. Ah, juvenile torture. Reminds me of other kiddie classics like Ransom or Halloween III: Season of the Witch. 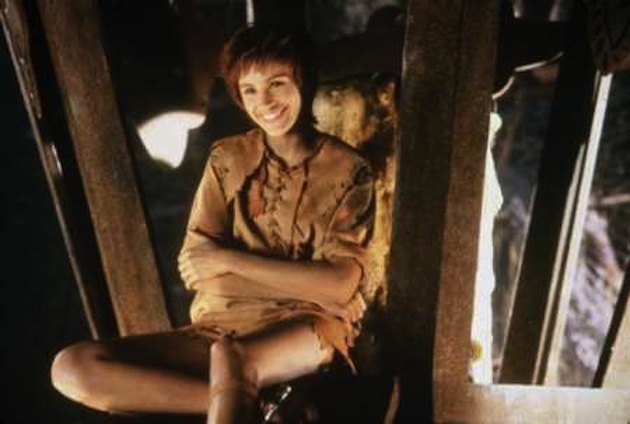 Reportedly, Spielberg found Julia Roberts difficult to direct because she'd just broken up with her Steel Magnolias paramour Dylan McDermott. Factually, I find Julia Roberts difficult to resist because her spin on Tinker Bell is a boyish coquette in a shag wig. Look at her! The Goodbye Girl subsumes Charlie St. Cloud. Ashton Kutcher mates with Laura Prepon and delivers Topher Grace! Tatum O'Neal gives birth to Kristy McNichol, who is pregnant with Tatum O'Neal! Something! You (shouldn't) understand. 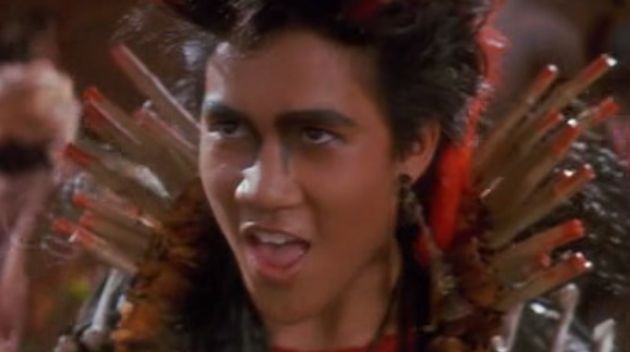 Kudos must go to Leonard Maltin, who once said of the '90s-updated Lost Boys in Hook, "[They] look as if they'd be at home in a McDonald's commercial." Indeed, these leather-togged, feather-banded scamps are the most annoying, camera-ready freaks at the skate park. First of all, they really skateboard. There's a ramp and everything, like they're hanging out in the weird kid underground from Teenage Mutant Ninja Turtles. Second, the Lost Boys community is a wildly depressing refuge, a Newsies bunkhouse without the songs, dances, or general productivity, let alone commitment to journalism. I give the producers credit for chasing the zeitgeist of '91, but in a better film, some of these kids would wear Zubaz and listen to C+C Music Factory.

While Robin Williams saunters through Hook as the maddened misanthrope Peter, Dustin Hoffman absolutely relishes his role as the original drag king of pirate culture. Take note, Gore Verbinski: Hoffman's flair and flamboyance imbue the last half of this film with enough magic to compensate for the overly ornate, underwritten fairy tale and comprise his best single performance outside of his Oscar-nominated roles. He is better here than he is in All the President's Men and Marathon Man, easily. And he crows "Good form!" and "Bad form!" like a maniacal gymnastics coach throughout, which at least deserves a Saturn Award nomination and a club sandwich. Though Bob Hoskins is also enjoyable as the henchman Smee, he merely contributes to Hoffman's gusto with straight-man setups. Enjoy below; if you haven't seen the movie in 20 years, you'll be shocked to see how well this performance has aged. Unlike Zubaz. 🙁