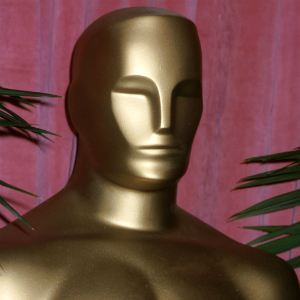 The Academy of Motion Picture Arts & Sciences announced to its members that online voting is in the works for next year's Oscar race -- and could possibly be implemented as early as this year. But will the digital move make the Oscars susceptible to hackers and disrupt the Academy Awards race as we know it?

Count Anne Thompson at Thompson on Hollywood among those concerned, and not just because of the potential data risks the move could bring to one of the most secretive industry traditions around. Changing the voting process from hard ballots to digital ones will allow the Academy to move up the awards date, shortening the window voters have to watch eligible films.

"I worry that in its rush to push forward the Oscar show, the Academy won't give its members enough time to see films in the way they were intended: on the big screen," she writes. If voters can't watch films theatrically in the shortened time window, downloadable/streaming screeners are a possible alternative, but come with two potential downsides: Older, digital-illiterate voters could be "disenfranchised" by the tech-forward process, as the New York Times suggests, and the films themselves will run a greater risk of being pirated.

As recently as February Academy President Tom Sherak voiced his skepticism of the viability of moving the Oscar vote online. "I've yet to be convinced that you couldn't find someone to hack into it," he told Thompson.

But is the Oscar vote at risk of being attacked by hackers, as if this were some high school prom king and queen selection process? Would some enterprising party attempt to sway the Academy Awards race by corrupting the vote? (Don't think that hasn't crossed the mind of some shady producer type out there.) In any case, the traditionally stuffy Oscars are moving into the digital age, and to borrow loosely from the tagline of a recent Best Picture nominee, you can't make progress without taking a few risks. Right?