Michael Bay Will Pay You $25,000 If You Find Racist Transformers In Dark of the Moon 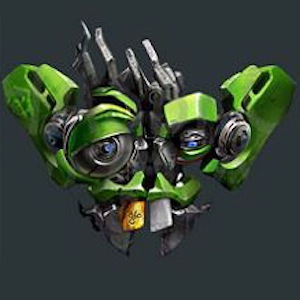 Two summers ago, back when Transformers: Revenge of the Fallen was first hitting theaters, Movieline pointed out that two of the film's robots, Mudflap and Skids, were shameless African-American stereotypes. Bay took some serious heat for his racist robot depictions and now, to prove that the filmmaker has reformed his ways, he's betting $25,000 that you won't find the ebonics-spouting characters in Dark of the Moon.

After the internet posting of a nice review by someone who saw Transformers: Dark of the Moon, the writer had not been clear on one thing. He misstated that the Twins are in the film. They are not. So I am offering a $25,000 REWARD to anyone who can find them performing in Transformers 3, on July 1, when the movie opens.

What about shots of Skids and Mudflap that have been spied in the trailer?

If you're sad to hear about Skid and Mudflap's absence, you might cheer up when you hear that Tom Kenny, who voiced Skids, returns to voice a "streetwise teenager" named Wheelie in Dark of the Moon. Promising? Slightly. Regardless, the offensive pair will always live on in Movieline's memory.