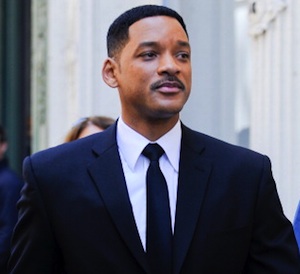 Hope you enjoyed that earlier look at Will Smith's mega-massive Men in Black III trailer. The New York City Mayor's Office of Film has asked that the 53-foot long trailer move off the SoHo street it has been calling home, and into a parking lot. What caused this request?

Well, the neighbors. Nicknamed "The Heat" and featuring -- according to the New York Post -- a satellite dish, 100-inch screen home theater, assistant offices and an all-granite bathroom, the 1,150 square foot trailer drew the ire of SoHo residents. Said one to the Post:

"This thing is like a duplex. How would Will Smith feel if I parked that thing out in front of his house? People forget this is a residential neighborhood, not a film lot -- that thing is taking up half our gasoline reserve."

No wonder gas is almost $4.30 per gallon! It's Big Willie's fault! The Office of Film didn't mention gasoline reserves in their statement, but did allude to the "interests" of the neighborhood as part of the reason why "The Heat" needed to move to a nearby parking lot. Let's hope Men in Black III and the looming threat of even higher gas prices have similar happy endings. Check out the trailer below. 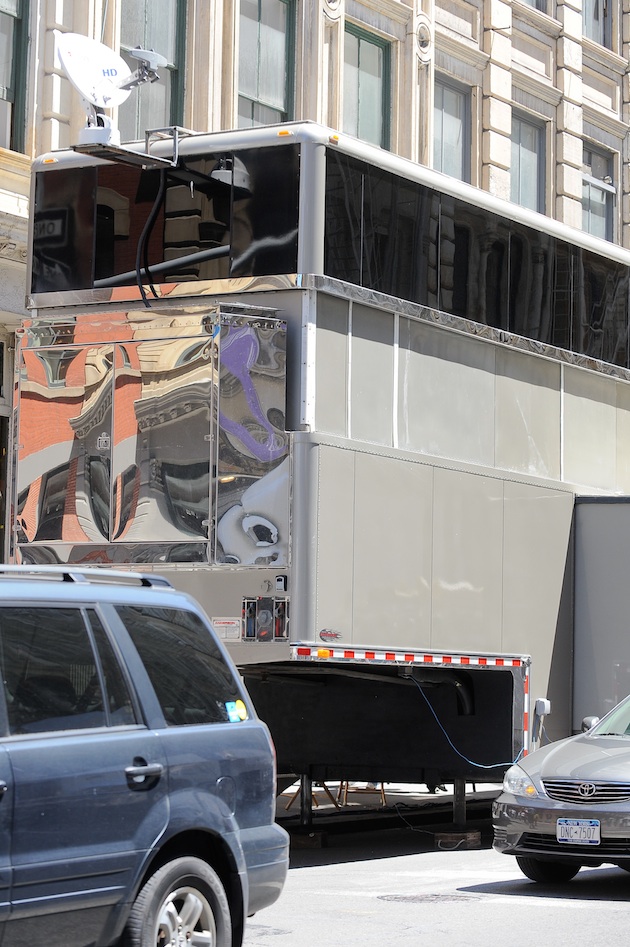