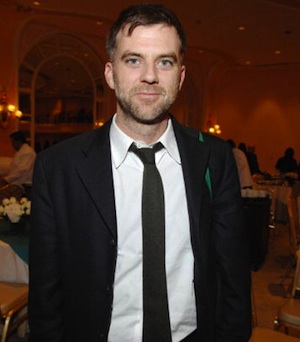 It looks like all you Thomas Pynchon fans hoping that Paul Thomas Anderson would adapt Inherent Vice for his next film are in for a bit of disappointment. But you're the only ones. Deadline reports that The Weinstein Company has won the worldwide distribution rights for Anderson's once-in-development-hell religious drama, and that Philip Seymour Hoffman and Joaquin Phoenix are set to co-star. Drink up the details ahead.

Formerly titled The Master, the film will follow a returning World War II veteran (Hoffman) who creates a "belief system" as a way to reengage with himself following the atrocities of war. That system winds up catching on with other "lost souls," including -- presumably -- Phoenix's character. If all that sounds a little L. Ron Hubbard-y for you, that's because The Master was initially Anderson's veiled treatise on Scientology; while the script has been "greatly overhauled," it seems like some core things have remained the same.

Anderson -- who hasn't directed a film since There Will Be Blood in 2008 -- is reportedly looking at actresses like Amy Adams, Lauren Dern and Madisen Beaty (The Curious Case of Benjamin Button) to play the female lead, a decision which could come soon enough -- the film is set to begin production on June 13.