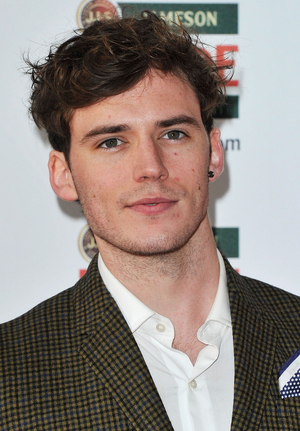 British newcomer Sam Claflin makes his Hollywood debut this month in Disney's Pirates of the Caribbean: On Stranger Tides and he just landed the part of Kristen Stewart's prince in 2012's Snow White and the Huntsman, so it's safe to say he's on the brink of a rapid star ascension. On Friday, the 24-year-old confirmed his Twitter handle to Movieline (@SamClaflin) and expressed genuine giddy surprise at his ever-growing follower count. Does he know what he's in for?

Maybe. With Pirates -- a surefire global moneymaker, only the latest installment of one of the biggest franchises of all time -- looming, a fellow actor warned him of the impending attention. "Someone, a famous actor, told me once -- I don't want to name names, I hate that sort of thing -- but I was at his house and he said, 'Are you on Twitter?'" said Claflin. "I said yes, I am. And he said, 'There'll be one day when you'll have, like, five friends. And in the same day it'll go to five thousand.'"

"And, you know, I've not got five thousand followers, but this week I had two hundred followers to begin with," he continued. "On Wednesday I had 210 followers. I'm checking -- he told me to keep checking every now and then and then see how quickly it sort of shoots up. Today, Friday, I have 850 or something. And you're just like, 'How has that just happened?'"

Claflin's actually been Tweeting for a year, posting anything from travelogues to appearances to personal thoughts and nerdy asides (Goonies references! Be still my heart.). He's also Tweeted to his girlfriend, actress Laura Haddock (sorry, ladies) and posted filming updates.

So Claflin fans (Claflans? Clafheads?), take note! While you're at it, follow Movieline on Twitter at @Movieline and stay tuned for our full chat with the Pirates of the Caribbean: On Stranger Tides star.

Tags: Pirates of the Caribbean On Stranger Tides, Sam Claflin, Snow White and the Huntsman, Twitter