How Kevin Smith's Red State Has Already Earned Back Its Budget 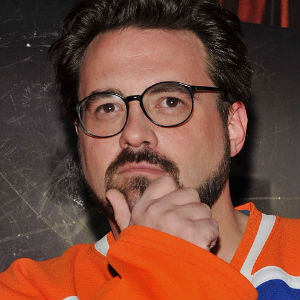 Surprise, haters! Kevin Smith's big Red State gamble has paid off. A report last week cited Smith as having announced that his film was "in the black" during a keynote address at a National Association of Broadcasters event last week -- a vague phrase that suggested that somehow Red State had earned back its $4 million budget through Smith's 15-city screening and speaking tour. Yet Box Office Mojo lists a mere $851,832 box office take to date. How does Smith's math work out, exactly?

Pretty well, as it turns out, but not exactly as you might guess. Responding to Movieline via e-mail to clarify the Red State matter, Smith corrected tech/business blog GigaOM's initial assumption: "That article is inaccurate, but the sentiment is in the same ballpark."

Over at The Red Statements, Smith clears it up -- and does the math for the skeptics out there -- in a blog entry entitled "QT and me." The piece begins as a glorious retelling of a recent night spent watching Red State in the company of Quentin Tarantino and Michael Parks, but eventually gets to the business speak:

"Over the course of the 15 shows of the Red State USA Tour, we made almost one million dollars from ticket and merchandise sales. A few times, we had the highest per screen average in the country. We started out with a record-making show at Radio City Music Hall and went on to average 1100 people per screening. Had we booked ourselves into smaller houses, we could've SOLD OUT every show; but being in the larger houses cost us nothing extra...

You take what we made on the tour, you add that to the $1.5mil we've pulled in from foreign sales thus far (with a few big territories yet to sell). Add to that $3mil we're on the verge of closing for all North American distribution rights excluding theatrical (which means VOD/HomeVideo/PayTV/Streaming).

The flick cost $5mil to make, but $4mil after the California tax incentive. One of the only things Jon and I promised the Red State investors in exchange for letting us handle American theatrical distribution ourselves was that their $4mil would be covered as soon as possible -- something very few other production entities can promise or even offer. Invest a million dollars in almost any production, and you rarely if ever get your money back within five years, let alone the one year it's looking like it's gonna take for our guys to make their money back.

Add up all those figures above and you'll notice our gains are higher than our spending. And without any dopey marketing figures to have to recoup, once we close the aforementioned deals (which John Sloss & Law Co. are working to close as we speak), simple math dictates Red State is in the black -- long before any wide release. That's music to the ears of any investor who only put up their money in September."

So, to reiterate, Smith's math goes a little something like this:

+ $3M in North American VOD/home video/streaming sales which are "on the verge of closing," according to Smith

Not too shabby considering that, as Smith proudly points out, the Red State roadshows didn't employ any outside marketing budget beyond his own already-in-place SModcast media infrastructure. Initially, however, many were skeptical that Smith's self-release plan could meet the early goal of earning back even half of its $4 million budget. After the first roadshow date, Twitchfilm's Todd Brown went so far as to run the numbers with a little speculative math, determining that the Red State roadshow was unlikely to recoup the targeted $2 million once screening and travel expenses were tabulated.

Brown's hypothetical equation didn't include merchandising sales, which Smith folds in with his ticket sales, and assumes that theater rental rates and talent travel for Q&A appearances would cut into the numbers substantially. However, that didn't account for the foreign sales Smith includes or the domestic home video/VOD/streaming sales that he says are near completion.

But Brown's point about applying this model to other indie films under the SMod banner -- indeed, the very same argument most frequently raised by bloggers and Smith-watchers since he announced his plan at Sundance -- stands. Without interest as fervent as that for Red State (for Smith's first release following the announcement of this maverick new business/distribution model, for those curious about its controversial subject, for its stars) any other independent release seems unlikely to draw the kind of roadshow audience that Red State did. And without that kind of proven early audience interest, any other indie release may not win the kind of buyer attention that won Red State the deals that made a positive mathematics equation possible ("Those $3 million in deals I was talking about? That only materialized because our little movie went out and performed well.").

Smith can cross that bridge when he comes to it, one supposes; for now, at least as far as he's concerned, Red State seems to have already exceeded expectations -- and it doesn't open theatrically for another six months.